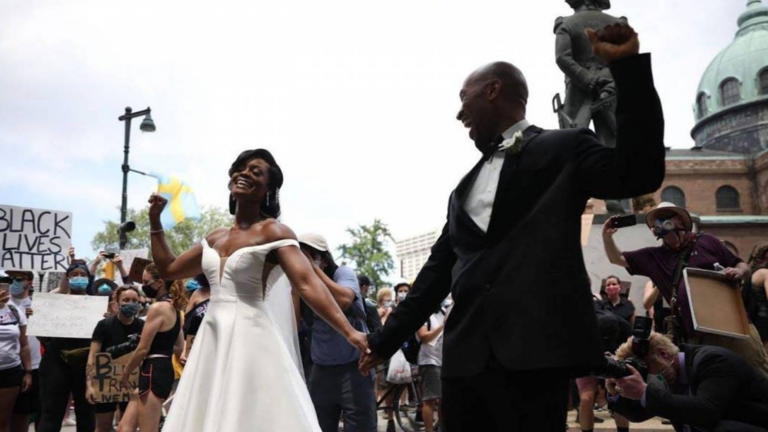 The protest mixed with joy in the American demonstrations after the killing of the citizen George Floyd, where two brides who were staying at their wedding party in Philadelphia joined the protest demonstrations taking place in the country.

The protest rally in Philadelphia State witnessed the wedding ceremony of the newlyweds, who decided to join the protest demonstrations taking place in the country after the killing of the dark-skinned citizen by a white policeman, amid a large welcome from the protesters.

The husband, Michael Gordon, 42, stated that they sympathize with the issue regarding racism, because he is of Caribbean descent and his wife is of Jamaican descent, as for both, the solidarity stance gives them positive energy, especially on their wedding day.

Temps in 90s remain for next few days with Ida not affecting Carolinas until...