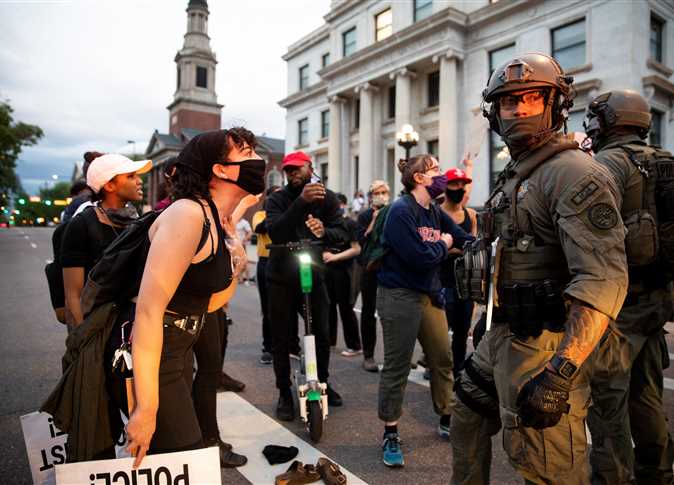 Most members of the Minneapolis City Council of America pledged to dissolve the police force, one of whose men strapped his knee to the neck of George Floyd, causing his death, while the largest civil rights protests in the United States in more than 50 years called for major reforms.

Since the murder of Floyd, 46, a black defenseless man by a white policeman two weeks ago saying “I cannot breathe”, the demonstrations have invaded a country that is slowly lifting general isolation measures applied by the Corona virus.

Although violence occurred in the early days of the protests, it has become mostly peaceful in recent times.

The protests deepened a political crisis facing President Donald Trump, who more than once threatened to deploy the army on the streets and huge crowds gathered at the weekend across the United States and Europe. The enthusiastic atmosphere soured during the protests, when a man drove his car into a protest in Seattle and then shot a demonstrator who confronted and wounded him.

“I have policemen in my family, and I believe in the police presence,” said Nicky Williams, a black Air Force veteran who participated in a march in Washington. But I think it is necessary to make a reform

Two weeks ago, it was not immediately apparent to the public that there was a possibility that Minneapolis would disband the police force.

Nine of the city’s 13 members pledged to dissolve the police department and to have the alternative as a public safety model led by residents, but council members did not go into details.

A boy, 3, died after accidentally shooting himself in Michigan