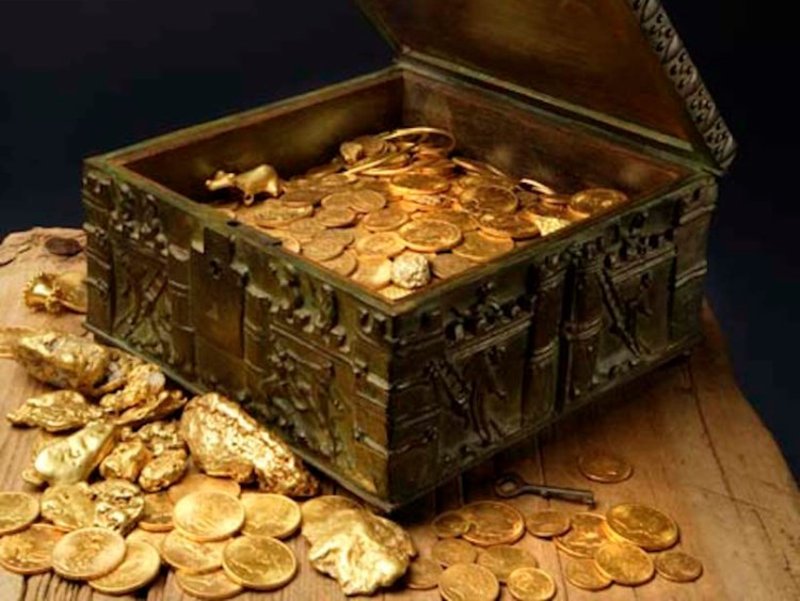 A 10-year treasure hunt ended a few days ago when a scavenger located a chest in the Rocky Mountains that contains $1 million in gold, jewels and other valuables, the creator of the hunt said.

Santa Fe art dealer and author Forrest Fenn, who started the hunt in 2010, said Sunday his clue-filled poem led the man to the chest’s location.

It was under a canopy of stars in the lush, forested vegetation of the Rocky Mountains and had not moved from the spot where I had it more than 10 years ago,” Fenn wrote on his website.

I do not know the person who found it, but the poem in my book led him to the precise spot.

“I congratulate the thousands of people who participated in the search and hope they will continue to be drawn by the promise of other discoveries.

The 89-year-old Santa Fe artifacts dealer added that he will reveal more information and photos soon.

Fenn told the Santa Fe New Mexican the discovery occurred “a few days ago.” He didn’t identify the man who found the treasure, but he said the scavenger confirmed his discovery with a photograph.

“The guy who found it does not want his name mentioned,” he said. “He’s from back East.

More than 400,000 people have hunted for the treasure over the years and as many as 2 million have been involved in some way or another, a study said earlier this year. The chase has sometimes been deadly, resulting in at least four deaths in the Rocky Mountain wilderness. Several treasure hunters, called “chasers” or “Fenners,” also had to be extracted from dangerous situations by search-and-rescue teams.

“Two people have died, two have been rescued near death, several have had run-ins with local and federal law enforcement,” the post read

Many treasure hunters had taken clues from Fenn’s writing, especially a 24-line poem in his autobiography, The Thrill of the Chase.

To find the gold and jewels, treasure hunters followed a cryptic set of clues released by Fenn, along with the poem, which hinted at the chest’s location somewhere in the high country between 5,000 and 10,200 feet in New Mexico, Colorado, Wyoming or Montana.

Some believed the treasure hunt was a hoax, while others said they’d seen it with their own eyes.

There were big gold nuggets from Alaska the size of your fist and gold coins, Krugerrands, and some little pre-Columbian statues, including a little frog,” Santa Fe author Doug Preston told UPI in February. He said he also saw “loose gems. It was like a pirate chest.”