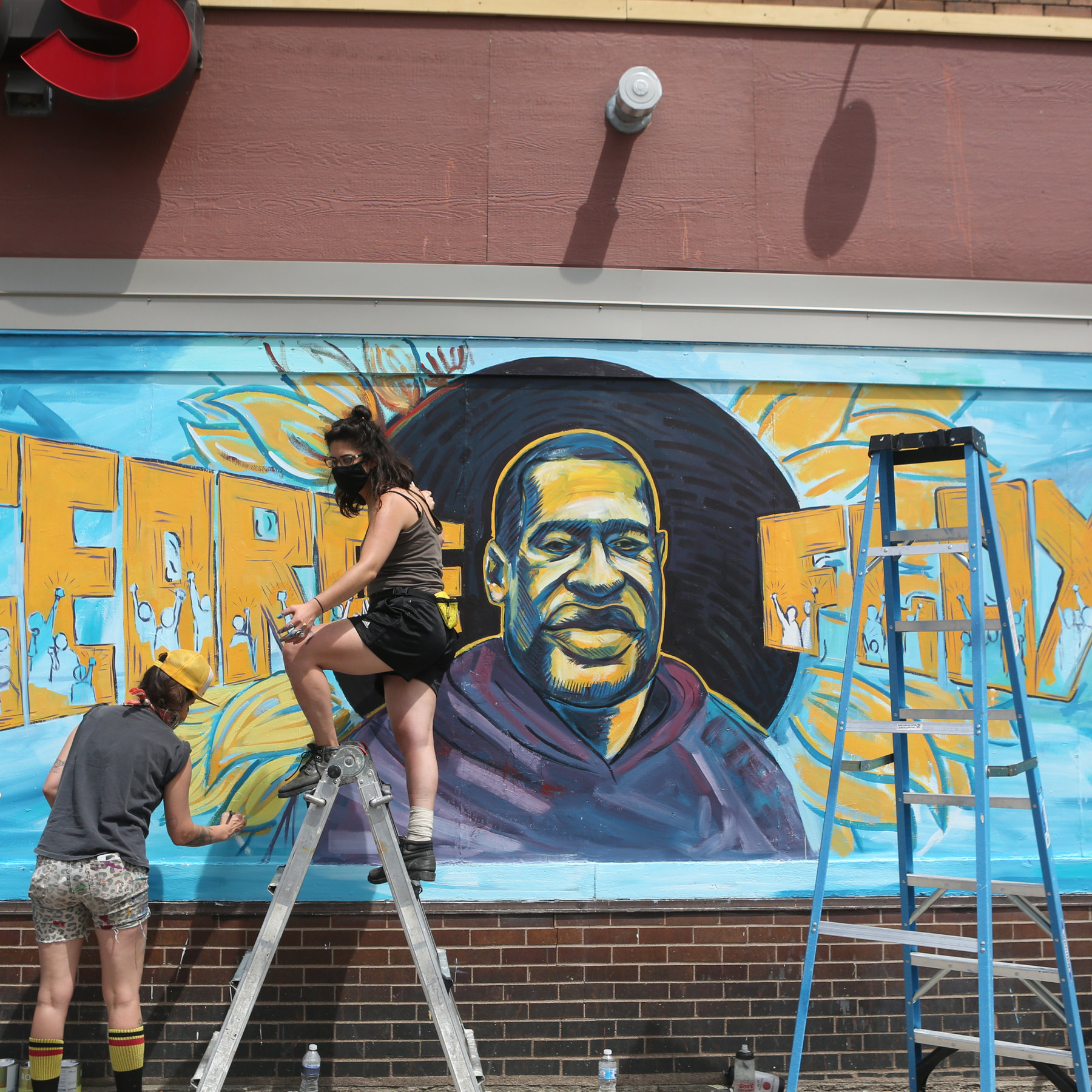 On Thursday, the US city of Minneapolis will hold the funeral service of George Floyd, the black man who blew up his death after police violently handled him a wave of protests and unrest that rocked the United States in the midst of the Corona pandemic and a propaganda campaign for the divided presidential election.

Reverend Al Sharpton, a political commentator and civil rights activist who will deliver a memorial to Floyd at the ceremony, spoke in an upbeat tone on Thursday morning, praising the unity of protesters protesting police brutality.

I saw more Americans of different races and ages. They stood together, marched together, and raised their voices together,” he told MSNBC. “We are on the cusp of a turning point here,” Sharpton said ahead of the event scheduled to start at 1800 GMT.

Large numbers of protesters had defied the curfew and took to the streets of cities across the United States for nine nights in protests marred at times by violence that prompted President Donald Trump to threaten to use the military.

The protests receded, after prosecutors pressed new criminal charges against the four Minneapolis city police officers for the murder. Several major cities reduced the curfew or lifted it after it remained in place for several days. But the situation was not calm everywhere.

In the Brooklyn suburb of New York City, riot police attacked a crowd of about 1,000 protesters who defied the ban.

Former US Defense Secretary Jim Mattis denounced the military’s involvement in dealing with civil unrest, after he had long refused to criticize the president openly.

The current Defense Secretary, Mark Esber, also said he does not support the use of the armed forces to patrol the country.

“Donald Trump is the first president in my life not trying to unite the American people,” Mattis, who resigned in 2018 from the position of defense secretary, said in a statement published in the Atlantic newspaper. Not even pretending to try.

“Instead he tries to separate us. We are seeing the consequences of three years of this deliberate effort.

The funeral of Floyd, 46, will last six days and take place across three states, Floyd’s family lawyer told the media. His death placed the issue of race high on the political agenda five months before the presidential election, scheduled for November 3.

Media said that a ceremony will also be held on Saturday in Hook County, North Carolina, where Floyd’s sister lives, and in Houston on Monday near the place where Floyd lived. A funeral will be held on Tuesday, including a special mass at an undisclosed location.

Derek Chauven, 44, who was arrested earlier on charges of manslaughter and third degree manslaughter, was charged with second degree murder.

The added charge can include a sentence of up to 40 years in prison, which is 15 years longer than the maximum penalty for a third degree murder.

Chauvin is the white officer who was seen in video footage crouching on Floyd’s neck while Floyd was panting and moaning repeatedly saying, “Please, I can’t breathe.”

Tornado survivor: ‘Not knowing is worse than knowing’

2 killed, others injured in weekend crash in Sioux Falls