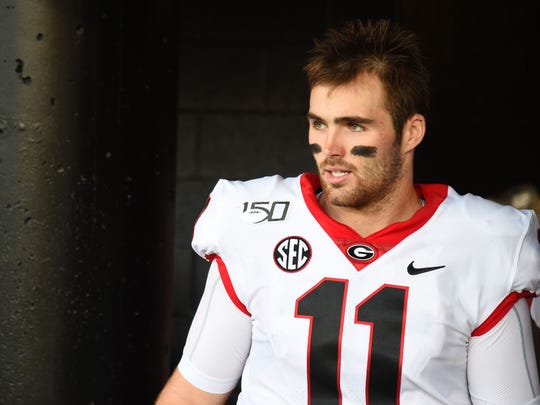 Buffalo Bills rookie quarterback Jake Fromm apologized after screenshots emerged of a text conversation in which he said only “elite white people” should be able to purchase guns.

The conversation, which took place in 2019 and was posted to Twitter early Thursday morning, involved Fromm and a friend discussing guns. Fromm wrote, “But no guns are good. They need to let me get suppressors,” before adding, “Just make them very expensive so only elite white people can get them haha.

Fromm went on to say he was not an “elite white person” later in the conversation.

“I stand against racism 100%. I promise to commit myself to being part of the solution in this country.

Earlier today, we became aware of comments made in a text message conversation involving Jake Fromm in 2019,” the Bills said in a statement. He was wrong and he admitted it to us. We don’t condone what he said. Jake was honest and forthcoming to us about the text exchange. He asked for an opportunity to address and apologize to his teammates and coaches today in a team meeting, which he did. We will continue to work with Jake on the responsibilities of being a Buffalo Bill on and off the field.

Defensive coordinator Leslie Frazier said he expected team leaders to reach out to Fromm and work with him.

“Jake seemed very sincere in his apology,” Frazier said. “We have a very strong culture on our team. Those guys are going to be able to sift through what is real and what isn’t real.

Some NFL players reacted to Fromm’s statement and those made Wednesday by New Orleans Saints quarterback Drew Brees with skepticism. They included New York Jets safety Jamal Adams and Fromm’s former Georgia teammate, Terry Godwin, now with the Jacksonville Jaguars, who said he has “lost all respect for Fromm.

Adams tweeted, “You and Drew aren’t really sorry. Save the bulls— ass apologies. The truth just came out, and you two aren’t the only ones!

Brees attracted backlash when he reiterated his stance on how he will “never agree with anybody disrespecting the flag of the United States of America” during an interview with Yahoo Finance. That came after he initially expressed his support for those who are “fighting for racial equality and justice.” They were his first comments since the death of George Floyd last week while in police custody in Minneapolis.