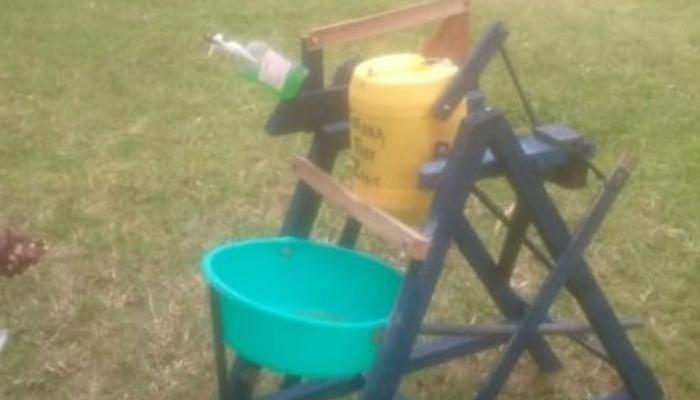 A nine-year-old Kenyan child who had made a wooden hand-washing machine to help stem the spread of the Corona virus said he was very happy after receiving a presidential award.

“I have two machines now, I want to make more and the machine allows users to tilt a bucket of water with a foot pedal to avoid using hands in order to reduce transmission, Steven Wamokota said.

Stephen came up with the idea after watching television programs on ways to avoid infection with the virus.

The number of Covid-19 infections in Kenya reached more than 2000, and the number of deaths reached 69.

Stephen and his family live in the village of Mukwa, in Bungoma County, western Kenya, which has not been reported with any HIV infection.

Nevertheless his father James Wamukota, is concerned about the possibility of the virus reaching his area.

I bought some wood to make a window frame,” Wamokota said. “But one day when I came home after work, I found Stephen making the machine and added it was his idea and it helped. IM so happy

Stephen was among 68 Kenyans who received the Presidential Medal of Service, the National Osalindo Award and Wamokota noted Stephen’s desire to become an engineer when he grew up and the county governor promised him a scholarship.