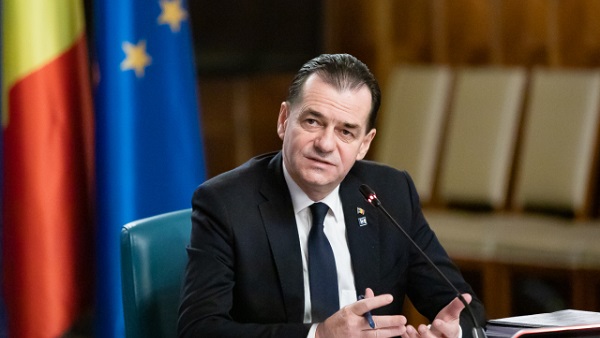 Romanian Prime Minister Ludovic Urban paid a fine of 3,000 lei ($ 690) after he breached restrictions he himself imposed to curb the spread of the new Corona virus, as he did not put a muzzle and smoke a cigarette in an enclosed space, Romania’s official news agency said.

On social media, a picture of Urban, sitting in his office with a number of members of the government and smoking a cigarette, spread while none of the attendees put a muzzle and their masks were lying on the table.

Urban admitted in a statement that the rules had been violated, saying that some members of the government gathered in his office after a long work day, which coincides with his 75th birthday.

“The Prime Minister knows that all citizens must obey the rules, regardless of their position,” the agency quoted the statement as saying. If the law is broken, sanctions must be applied.

After strict 60-day isolation measures in the event of an emergency that ended on May 15, the Urban Government ordered a 30-day vigil, making respirators mandatory in public transport and enclosed public places, and Romania has banned smoking inside enclosed spaces since 2016.

Its restaurants with outdoor spaces are slated to open their doors, under severe restrictions.

The number of new infections in the Corona virus in Romania rose to 19,133, an increase of 151 cases today. The country recorded 1,253 deaths.

Montana only state to ban vaccine requirements for employees

Indiana college student is killed by a stray bullet in Brooklyn

NC teen in need of kidney transplant, mother could be perfect match