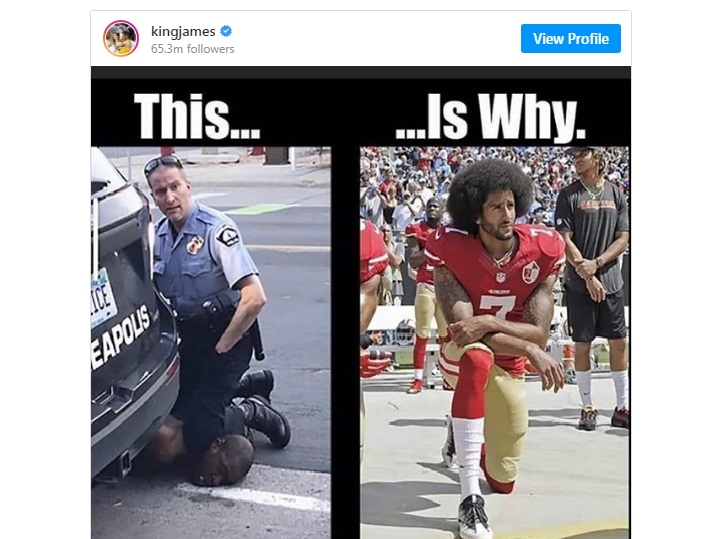 LeBron James posted a poster on his page via the “Instagram” application, in which he compared George Floyd’s detention to the famous “incident” of Colin Cabernick, who perched on his knee, refusing to stand while the American anthem was playing, because of the humiliation of black people.

James commented on the poster, saying: “Do you understand now? Or not for the end yet?

George Floyd was arrested on suspicion of using a counterfeit $ 20 check, and after the arrest, an officer pressed his knee on Floyd’s neck for about six minutes, until he lost consciousness and died in hospital.

2 killed in a shootout at a Jackson gas station