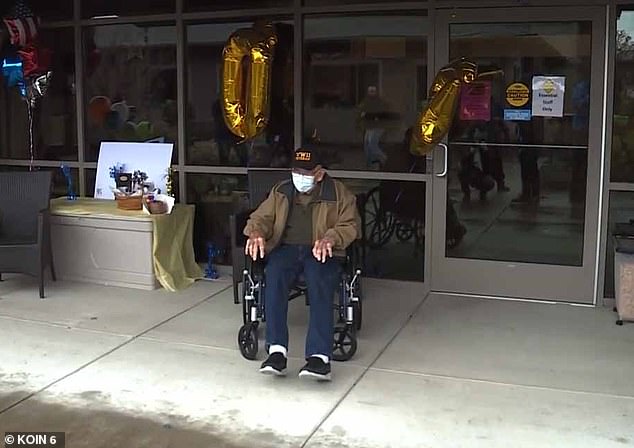 The elderly are the most susceptible to infection with the new virus Corona. Thus came the warnings since the spread of the virus, but it seems that Bill Lapchese, who is 104 years old, does not know this rule, despite his infection, he survived.

Bill not only survived from Corona, but his story goes back, according to what was reported by the British Daily Mail that he witnessed and survived the Second World War in the 1940s, along with his escape from the Spanish flu in 1918, which is a deadly flu in Europe and the world and left millions of dead in the past, and now it is called that he is the oldest survivor of Coronavirus, and all he did was isolate himself.

Born in the United States of America in 1916, Bill Lapchis showed symptoms for the first time commonly associated with the deadly virus Corona on March 5, and was immediately isolated quickly at home, so he was one of the first two residents of the house who had been infected with the virus, he and a man in his nineties, but the last one died.

This is not all, but 16 cases of Coronavirus have been reported in the residence where 9 of them have recovered, 2 in serious condition, and 2 of the remaining 3 have died in stable condition.

Recently the man celebrated his birthday and appeared in a wheelchair wearing a muzzle and when his granddaughter asked him how to beat the new virus he said I don’t know, the virus has gone too far. Just sit here in your house and you can get rid of anything

How did Corona remain a “mysterious virus” so far?