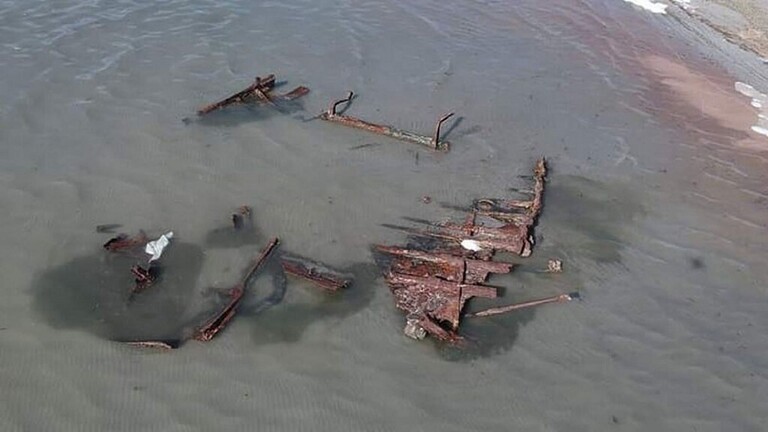 A storm revealed a shipwreck, in the Great Salt Lake of Utah, believed to be 120 years old.

The old steel ship can be seen rising out of the water after a recent storm passed through the area. It is believed that this particular wreck dates back to about the twentieth century, according to State Park and Marina that published photos and details of this exciting discovery on social media.

The sandstorms of the Great Salt Lake can be disastrous, but also wonderful,” the foundation said in a Facebook post

And she continued: “Some of these boats suffered from tragic ends only to be buried in the sand by storms, and they may reveal them as well as in the Great Salt Lake

However, many questions remain searching for answers, such as: Who were the people on the ship? And what were they doing on the southern shore of the Great Salt Lake? How was its end? “

The Great Salt Lake is the eighth largest lake lake in the world. And the peripheral lake means that there is no outlet, so the water becomes salty.

The storm that exposed the shipwreck occurred last Friday, when the winds reached at least 55 miles per hour, according to the National Weather Service.

It is believed that high winds pushed the sunken ship to shore, allowing park officials and visitors to look at it.

The wreckage of two other ships occurred recently. One of whom is believed to be 100 years old, was pushed ashore in North Florida last March.

Ida turned into a monster thanks to a giant warm patch in the Gulf...

Virginia contends with Confederate names on side streets