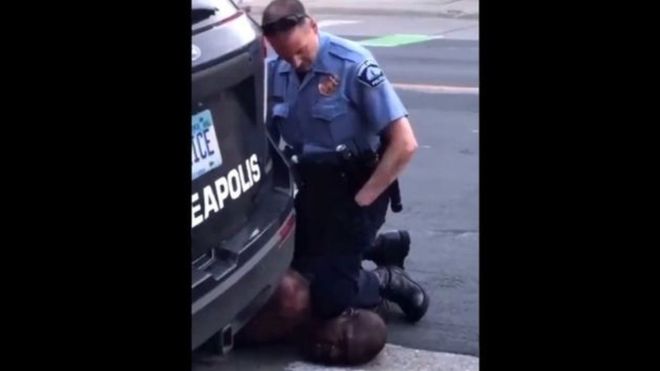 The Minnesota Police Department sacked four of its members after the death of a black man during his arrest, and the emergence of a video clip depicting his assault and fixing it to the ground by pressing his neck by force and the Minneapolis Chief of Police Medaria Aradondo said that the four are now former employees.

George Floyd appears in the video, crying out, saying repeatedly that I cannot breathe and recalls this incident with previous incidents in which police officers dealt violently with black citizens, including Eric Garner, who died in similar circumstances in New York City in 2014.

The FBI said it would investigate the Minneapolis incident, which occurred Monday evening.

Minnesota police said Floyd died after a “medical accident” during a “confrontation with the police”. Police said he was a suspect in committing fraud.