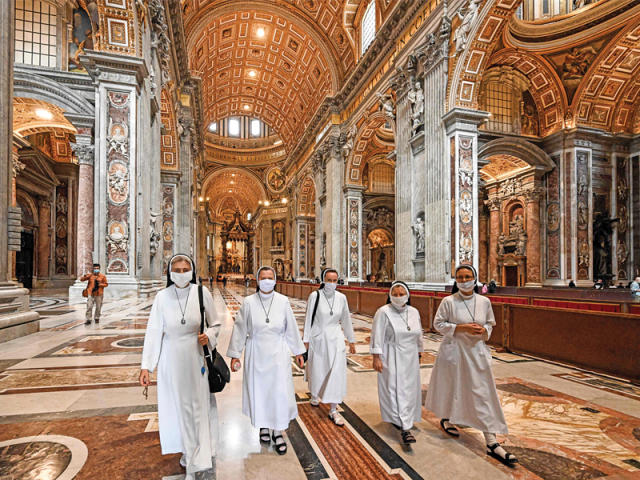 Pope Francis oversaw the full opening of St. Peter’s Basilica and the Catholic Churches held public masses for the first time in two months in the most recent relaxation of the restrictions of the Corona virus in Italy.

The Pope held a special Mass in a side church where Saint John Paul II was buried to commemorate the centenary of the late Pope’s birth.

The cathedral, which underwent sterilization to ensure that it was free of corona virus as much as possible, opened its doors to the public at a later time to hold holy priests after the Pope left.

Banners hung in English and Italian asking those who enter to stay at least 1.5 meters from each other and to put up masks and sterilize their hands.

Churches throughout Italy began holding masses under new strict instructions agreed between the country’s bishops and the government.

The worshipers will have to wear masks and the priests can hold most of the mass without a muzzle, but they will have to put it in addition to the gloves as they perform the ritual of communion provided that the handling chip is delivered in the hand rather than in the mouth.

Illinois gears up for kickoff game with Nebraska

Lennon interview to schoolboys, songs, to auction in Denmark