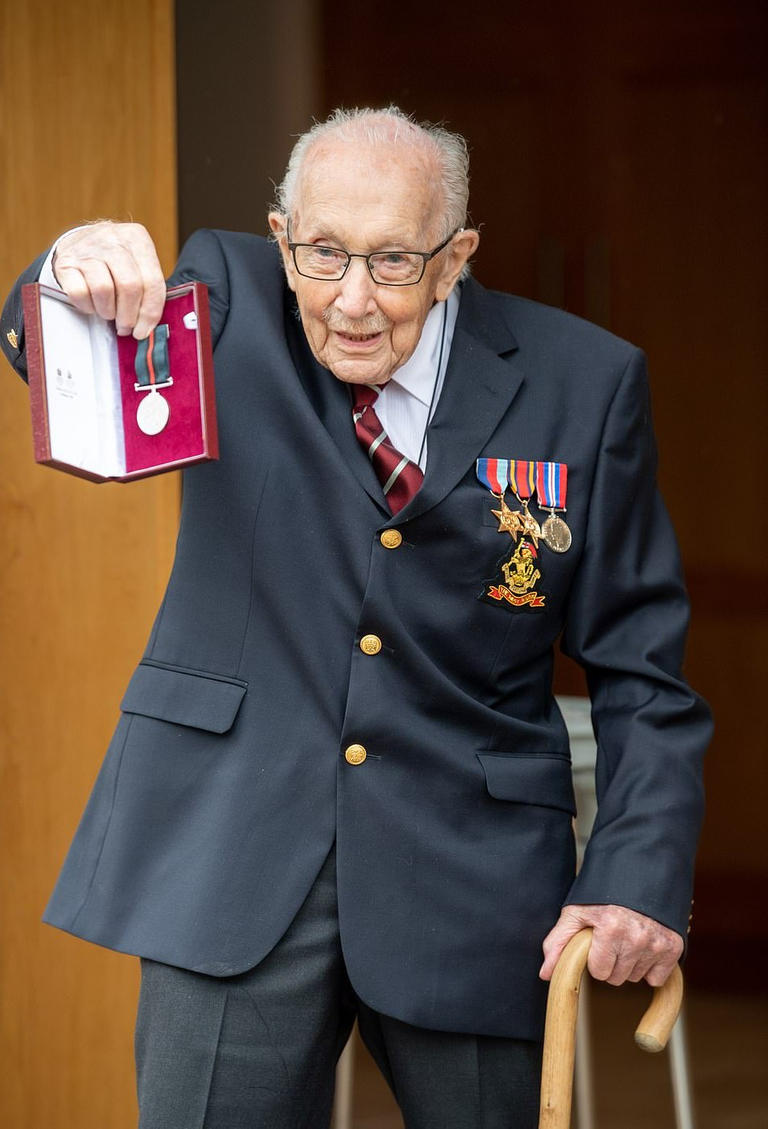 Upgrading and flying military aircraft and a congratulatory card from the Queen of Britain and a letter from the country’s prime minister, Captain Tom Moore, a warrior who fought in World War II and became a national hero after raising millions for health care, celebrated his 100th birthday.

Earlier, Moore began a fundraising mission for charities that help National Health Authority employees cope with the Covid-19 crisis by completing a walk around his home a hundred times with the help of a walker, and was initially aiming to raise just 1,000 pounds.

While celebrating his centenary, the sum raised is more than 30 million pounds ($ 37.4 million), which is a record entry into the Guinness Book of Records as the most amount of money raised by an individual through walking.

The Ministry of Defense said that, to celebrate his birthday, Moore was appointed the first honorary colonel of the College of the Army, and is located near the town where he grew up, after Queen Elizabeth agreed to grant him this rank.

The ministry again awarded him the defense medal in World War II, which had been lost.

A World War II plane flew over the home of “Colonel” Moore in Bedfordshire, central England, early on Thursday and Royal Air Force modern helicopters were to fly over the house later.

Moore, who said that Captain Tom was still proud of the upgrade and all the generous messages he received.

He told BBC television, laughing if people chose to call me, colonel, so thank you very much. The old warrior, who served in Southeast Asia during the war, waved to the WWII fighter as it flew over his home.

Prime Minister Boris Johnson, who returned to work on Monday after recovering from Coved-19, recorded a special message for Moore and said, “I know I am speaking for the entire country when I say we wish you a very happy birthday. Your heroic efforts have lifted the spirits of an entire nation.”

He said that Moore was a spotlight in our lives as the royal family sent congratulatory messages, including a card from the queen.

7 people injured in Honolulu by falling branch of huge tree