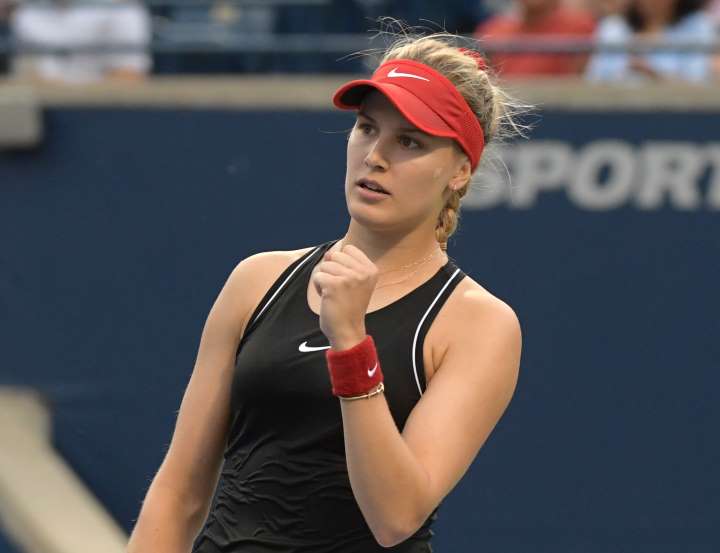 Canadian star Eugenie Bouchard, ranked fifth in the list of former professional tennis players, joined the “All in Challenge” campaign to support Americans affected by the Corona pandemic.

Bouchar gave her fans the opportunity to dine with her and watch a tennis match from the place designated for her in one of the tournaments chosen by the winner, through the auction.

The winner and his guest will be paid a flight and hotel stay, and the Canadian player will give them a racket and sneakers with her signature. The winner will also have the opportunity to promote with Bouchar the mobile application “15 Seconds of Fame”, for a full 15 days.

Finally, and most importantly of all, the most generous fan will have the opportunity to dine with Canadian Belle and the auction has started from $ 2,500, and has now risen to $ 8,500.

And Serbian star Novak Djokovic, the world number one tennis professional, has announced his joining the campaign to support Americans affected by the Corona pandemic through such an offer.

A number of sports celebrities also joined this campaign. The Spanish star Rafael Nadal put one of the shirts that crowned the French Open title “Roland Garros”, the second major tennis tournament, in the auction, as well as the French star Martin Forkad, the legend of the Biathlon, the yellow shirt for the leader in the auction.