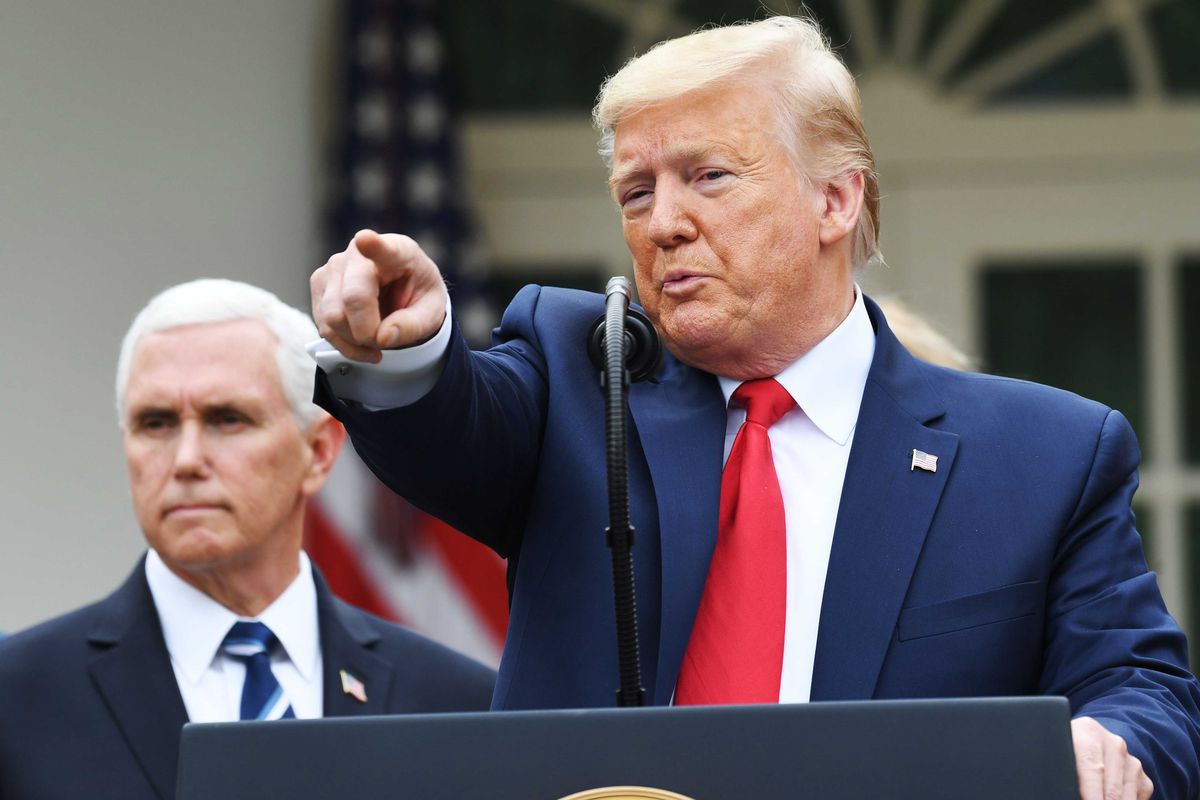 U.S. President Donald Trump said he couldn’t imagine why calls for antiseptic substances on the hotline in the United States have increased, after he suggested injections with them to treat the Corona virus.

The governor of Michigan and Maryland blamed the president for the increase in these calls.

After heavy criticism from medical professionals, Trump said his comments came as a mockery and disinfectant, hazardous material and could be toxic if ingested.

During a “Coved-19” news conference, a journalist noted that the Maryland emergency hotline had received hundreds of calls in recent days for instructions on Trump’s comments

I can imagine why Trump said, and then he added, I can’t imagine.

When asked if he was to blame for the increased calls, Trump replied: No, I can’t.

The Maryland State Governor’s office said last week that it had issued a statewide warning about taking or injecting antiseptics after the president’s remarks.

Trump made the remarks, after an official presented the findings of the US government research, which showed that “Covid-19” could be eliminated within minutes by sterilization.

I see that the cleanser expels him (from the body) within a minute. One minute … Is there a way we can do something like this, by injecting it inside or cleansing?” Trump said.

However, Trump came back and told reporters, I was asking an ironic question just to see what was going to happen.

During the press conference held in the Rose Garden in the White House, Trump was also asked if he would delay the November presidential elections.

I never thought about changing the election date,” he said. “Why would I do that?

For his part, former US Vice President Joe Biden, Trump’s supposed Democratic opponent, said last week that he believed Trump would try to curb the election in some way.

But Trump told reporters that the idea is fake propaganda.

He added that I look forward to those elections

A man shot in a car In Pensacola

Grandmother pleads guilty to helping plan killings of 8 people from rival family in...