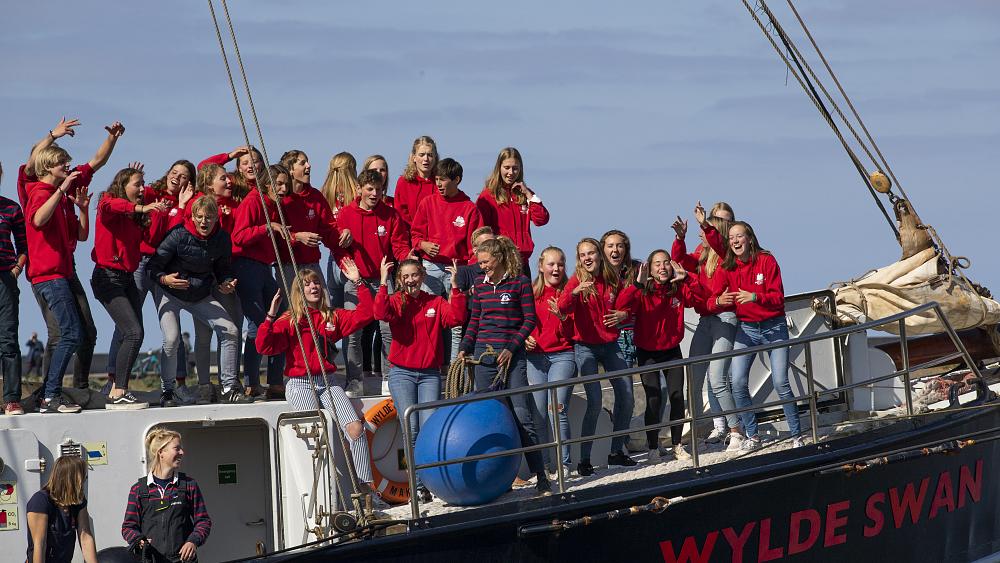 25 Dutch high school students arrived home on a sail ship after a painstaking journey across the Atlantic.

The halting of flights due to the Corona virus left the students no choice but to take the sea to return to their country from the Caribbean.

The group, whose members ranged between 14 and 17 years old, was in the middle of a study program in the area aboard the Wild Swan, which was built in 1920.

But by mid-March it became clear to them that they would not be able to return to their country by air from Cuba as scheduled.

The organizers decided that the students sail back home aboard the ship accompanied by 12 experienced sailors and three teachers across the Atlantic Ocean on a 7,000-kilometer journey that took five weeks.

The student said, “I am Marja. You should have learned how to cope with the situation because you really don’t have any other options.

And she added the first thing I thought was, would I do that with the clothes that I have, and is there enough food in the ship?

Under the rules of social separation and restrictions on gatherings in force in the Netherlands, students left the ship one by one at the port of Harlingen, where their parents were waiting in cars to pick them up.

They provide the ship’s passengers with their needs, including clothing, on St. Lucia Island before crossing the Atlantic Ocean.

During their next stop in the Azores, off the coast of Portugal, local authorities refused to allow them to disembark.

Filmmaker revisits case that challenged her and her 2 moms