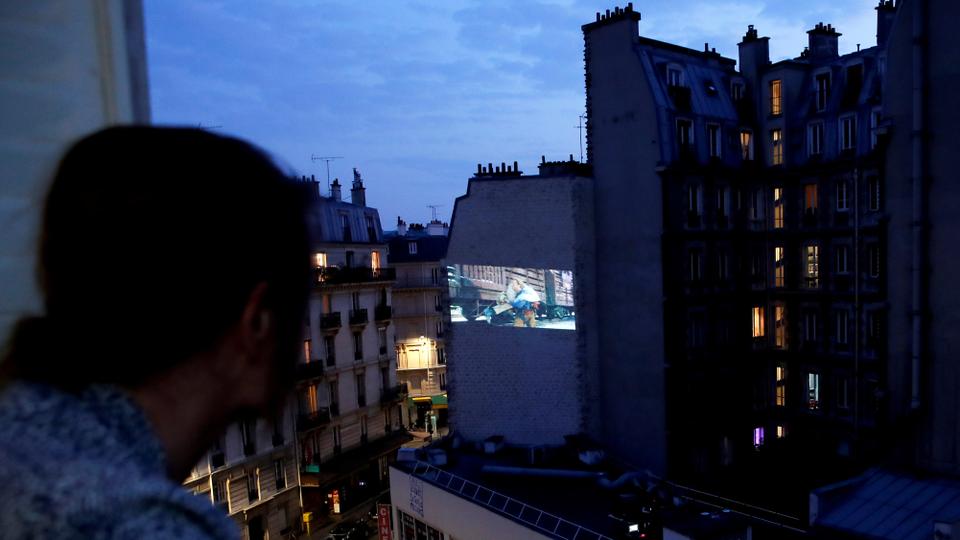 The restrictions that contained the Corona Virus in charge of a cinema in Paris forced the doors to close, so the team considered an alternative, that of showing films on the wall of a nearby apartment building.

Before the movie “Man With A Star”, starring Kirk Douglas and produced in 1955, was shown on the wall, Derek Levenden, a member of the team that runs the “La Cliffe” theater, said: We told ourselves if we are no longer able to display films to the public inside a theater, let us occupy the walls and show the films Abroad.

Under the restrictions of public isolation, Parisians can only go out for a short period to buy food or exercise.

But they can still watch movies looking out of the windows or out onto the porches of the houses.

“We felt that the neighborhood needed some form of activity because nothing was left, the streets are empty and the situation is sad, said Linden.

The “La Cliffe” cinema team is striving to include the region’s residents in its initiative, as films are chosen every week, in consultation with the neighbors.

It is a wonderful thing that takes us back to the past time when people were watching movies together, “said Christine D’Avenier, a painter who watched the film from her balcony.

Orders were issued requiring the cinematic team to pay a fine of four thousand euros for their occupation of the place, but the team lodged an appeal against the decision and the appeal will be decided in June