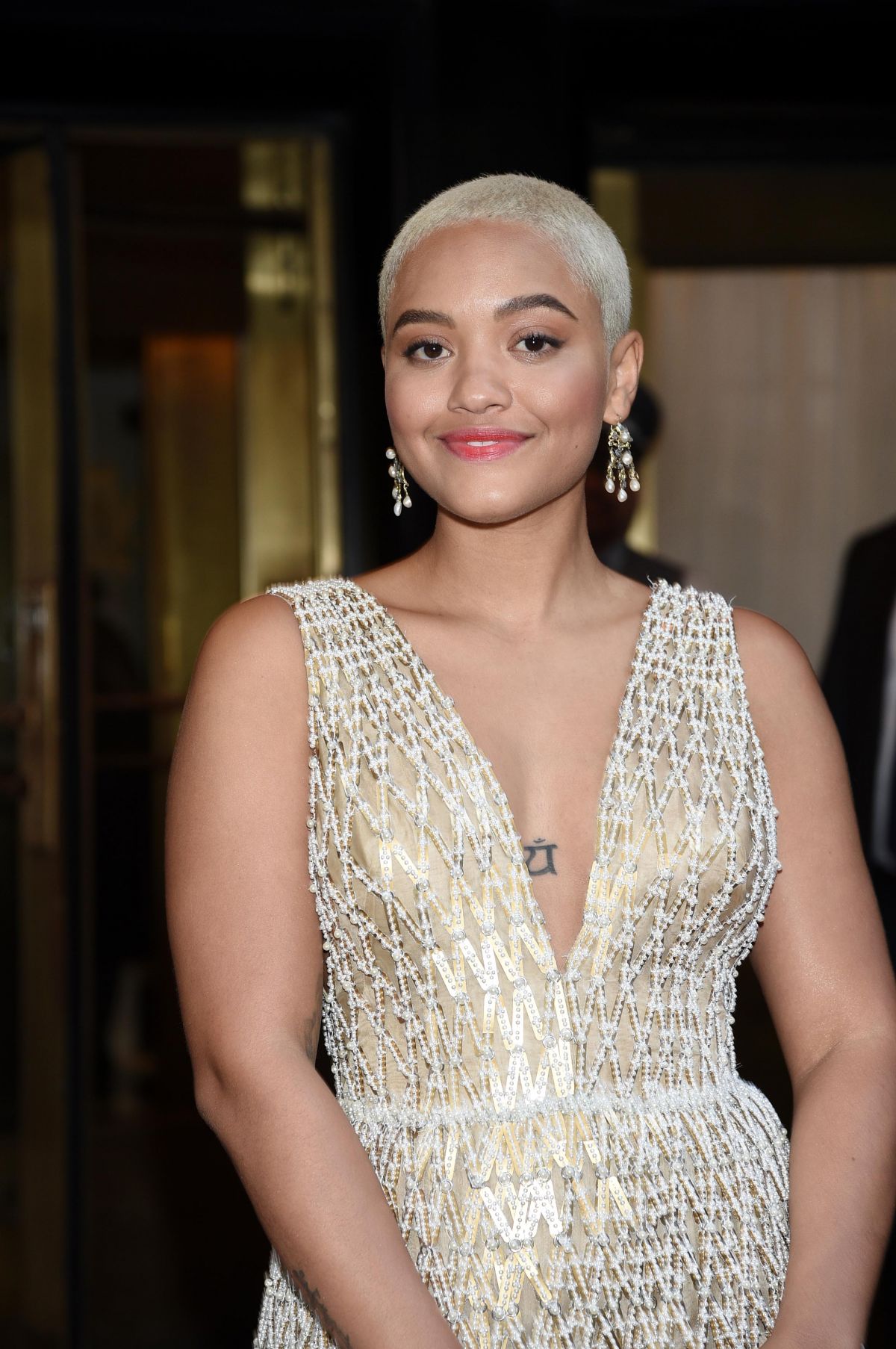 Katy Mixon was born and raised in Pensacola, FL, one of seven children. She graduated from the Carnegie Mellon School of Drama. Her first acting job came in 2001, playing Calpurnia in the Utah Shakespearean Festival’s presentation of William Shakespeare’s Julius Caesar.

She moved to Los Angeles, CA, in 2003, and two years later starred in the premiere of the interactive theater play, “American Standard”, at the Los Angeles Edgefest. She has performed at Upright Cabaret. Her first role in a major motion picture was in the thriller, The Quiet (2005), playing Michelle Fell

They have four children.

She was previously married to Daniel Toce.

A talent on the rise, actress and musician Kiersey Clemons has quickly become known for the diverse and captivating characters she has brought to life on screen.

It had been announced that Clemons would be playing Iris West in the Warner Bros film The Flash alongside Ezra Miller, but the project has been put on indefinite hold, with little chance of it going forward.

She filmed a cameo in Justice League, alongside Ben Affleck, Henry Cavill and Amy Adams, which was cut in editing.

Additionally, Clemons appeared in Amazon’s The Only Living Boy in New York, opposite Jeff Bridges and Kate Beckinsale, directed by Marc Webb.

Clemons also starred in Sony’s remake of the 1990 thriller Flatliners, which was released on September 29th, 2017.

The film is about medical students who experiment on near death experiences that involve past tragedies until the dark consequences begin to jeopardize their lives.

He has been married to Galina Becker since December 6, 2014.

They have three children.

Joe Dallesandro’s still hangin’ after battles with drug addiction and alcohol, brushes with the law, three broken marriages and numerous love affairs, plus the suicide of his only sibling Bob. One of the most beautifully photographed wild guys to come out of the Andy Warhol and Paul Morrissey “Factory” era, the slight and slightly androgynous Dallesandro became an improbable pioneer of the male sexual revolution and the first film actor to be glorified as a nude sex symbol.

Courtney Blythe Turk is an American actress and producer of Greek and Native American descent. She grew up in the small town of Monroeville, Alabama.

She attended Auburn University with a major in mass communications, concentration in sports broadcasting, and a theater minor. Courtney’s career in entertainment was sparked when she landed a role as co-host of the sports travel show Fantactics in 2011.

Since then, she has appeared in numerous roles on both film and television, such as VH1’s Hit the Floor and a leading role in both Jaunt VR’s Flesh and Bone and the feature film Black Water.

Emmitt Smith was born on May 15, 1969 in Pensacola, Florida, USA as Emmitt James Smith III.

He has been married to Pat Smith since April 22, 2000. They have three children.

Born in Florida, Joan went to New York where she worked as a model. In 1935 she went to Hollywood where she was signed at Columbia Pictures. While at Columbia, Joan appeared in a number of films and worked with leading men such as Ralph Bellamy, Melvyn Douglas and Lew Ayres. She also caught the eye of studio mogul Harry Cohn who wanted Joan for his wife. After Columbia, Joan went to Warner Brothers where she appeared in a handful of films including International Squadron (1941) and Nine Lives Are Not Enough (1941) with Ronald Reagan.

More of a supporting actress than the leading lady, she became very powerful when she finally married Harry Cohn in 1941 and retired from films.

Pamela Kay was honored to be named one of Nashville’s 25 Most Beautiful in the 2007 Anniversary Edition of Nashville Lifestyle’s Magazine with Blake Shelton and Taylor Swift for Nashvillian’s who look good, work hard, and give back to their community. Proud of her Irish and Cherokee heritage, she also holds a master’s degree in teaching, graduated with honors, and taught middle school English for eight years.

She’s an experienced and professional stand-in and photo double, having worked for Kate Winslet, Patricia Clarkson, and Kirsten Dunst. Pamela is a skilled improv hostess with more than 12 years of local and regional television hosting experience, in addition to her commercial modeling and marketing professionalism.

Pamela Kay is a domestic violence survivor and advocate, and few people know she’s suffered and had to overcome surviving not only Hurricane Katrina, but the flooding of her beloved wildlife refuge in 2016 during an unexpected 100 year flood.

She’s only recently disclosed to the public that she’s fought to overcome her own struggles with the public pressure and stigma of her diagnosis of permanent disability after seven emergency surgeries in the last ten years, three of which could have left her paralyzed.

Through her challenges, she’s focused on encouraging others in similar circumstances, striving to work harder to prove her worth in the entertainment industry to support her wildlife projects and keeping her promises to the rescue felids she cares for.

She considers them her lifeline. It doesn’t matter what you can do, great or small, doing something to help others helps you forget your own inadequacy by empowering and loving those around us. That truly makes life worth living.

These days she spends the majority of her time pursuing her true passion, her volunteer efforts as a bobcat and lynx behaviorist and rehabilitator since 2007.

Lotto officials say with the right formula, winners can remain anonymous for months

Gibraltar votes on whether to ease its strict abortion law

2 killed and another wounded in Florida shooting