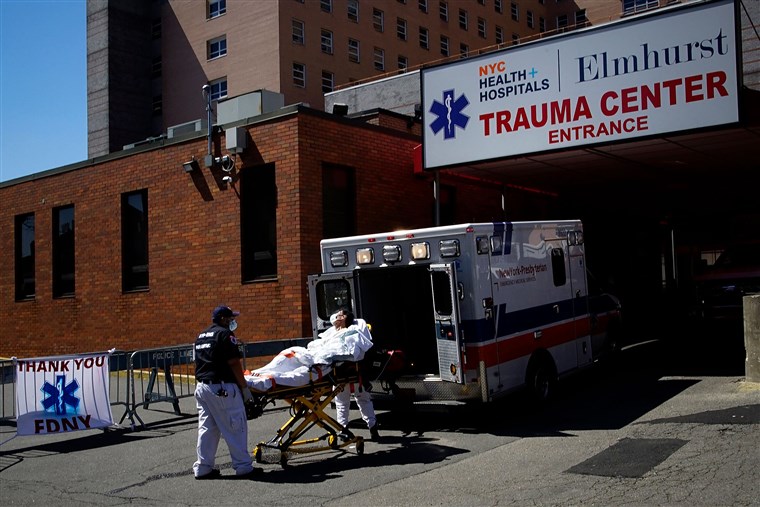 The number of coronavirus deaths in the United States has exceeded 46,000 after a near-record increase in the number of deaths recorded in a day.

The forecasts of the Institute for Health Metrics and Evaluation at Washington University, which the White House often relies on, indicated that the total death toll from Corona in the United States would reach 66,000 by August 4, a higher estimate than the previous estimate of 60,000.

And if deaths in America continue like this, the number may reach 50,000 later this week.

Meanwhile, California county health officials said after the autopsy of two corpses that the first deaths of the Corona virus in the United States occurred weeks earlier than previously thought. They added that the first deaths were on February 6, not February 29, and that the number of deaths in the following weeks escalated to be the highest in the world.

But some neighboring states, such as Pennsylvania and New Jersey, recorded a record number of deaths in a single day.

Health officials say the deaths are a late indication of the outbreak, as they happen weeks after infection, and do not mean that the isolation measures of staying at home have not contributed to slowing the spread of the virus.

The number of injuries in the United States increased by 25,000 to 810,000, representing one of the lowest increases to date in April.

Complaints pile up over multiple construction projects across Kansas City