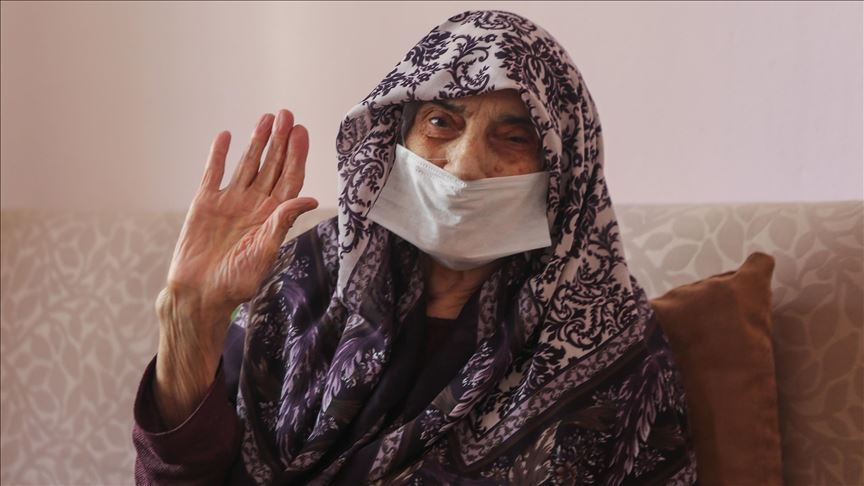 Turkish Lady Hawakhan Karadeniz, aged 107, managed to overcome the emerging corona virus, to become one of the oldest infected in the world who recovered from the fatal infection

The elderly lady was transferred to a hospital in Istanbul, suffering from fever and severe coughing, so that it was later discovered that she was infected with the “Covid-19” virus.

But the old Turkish woman recovered from the disease quickly, surprising her physiotherapists, and she left the hospital just a week after he entered.

Doctors saw that the infected woman was able to defeat the dangerous virus for the elderly, especially thanks to the strength of her immune system and after leaving the hospital the woman is currently in quarantine for 14 days in Istanbul.

Mrs. Keradeniz was born in Malatya Province, eastern Turkey, and at the age of 8 she moved with her family to Istanbul. She has four children, 11 grandchildren and 15 grandchildren. Her husband died in 1982.

Despite her old age, Karadeniz wakes up early every day to perform Fajr prayer.

Keradeniz pays great attention to her diet, as she usually drinks butter, cream, honey and milk.

One of her favorite dishes is boiled wheat mixed with milk.

And like any Turkish citizen of Malatya Province, Ms. Karadeniz loves apricot. One of her grandchildren also prepares coffee in a Turkish way for her.

Keradeniz has a normal level of cholesterol and sugar in the blood, although it is a fan of sweets and fruits. In her life she did not undergo any surgery, and she has an excellent memory.

Europe urges unity on Taliban but is quiet on failed mission