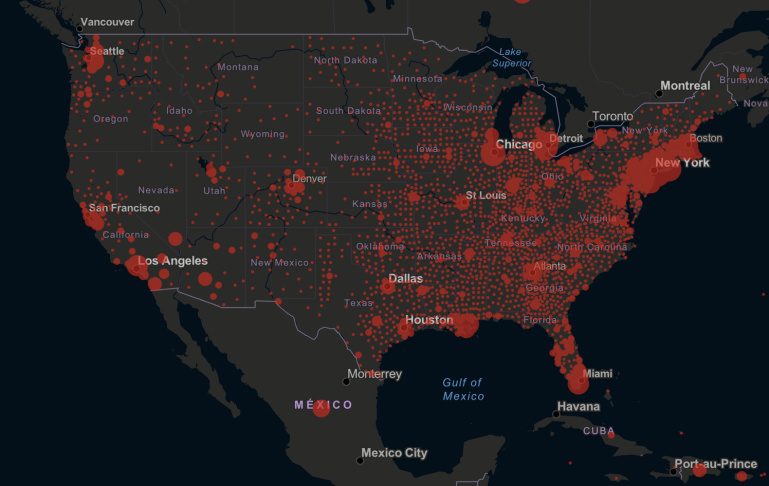 Some US states are expected to announce timetables for lifting restrictions to tackle the Coronavirus pandemic, a day after President Donald Trump announced guidelines for reopening the country’s shattered economy in stages.

Media reports said the Republicans of Texas and Florida, both Republicans, are expected to unveil plans for a gradual reopening of the economy. Jacksonville, Florida, will allow beaches and parks to reopen to the public with some restrictions in place.

And as we open up areas it is important for the public to exercise social distance. Let us complete the opening of the beaches and gardens with appropriate restrictions. Take it But no to large groups.

The Republican President of the Republican Party, who is seeking to beat his potential Democratic rival Joe Biden, unveiled new, interlocking three-step guidance to revive the economy even as the country continues to fight the pandemic.

In Michigan, a largely industrial state, state governor Gretchen Wetmer, a Democrat, said on Friday that she hoped to start reopening parts of the economy on May 1.

Michigan, which Trump narrowly won in the 2016 elections, faced one of the fastest growing rates of coronavirus infection, but residents pressed for the economy to be reopened to the point that some of them took to the streets to protest against the closure.

Mississippi Governor Tate Reeves, a Republican, said he would extend the order to stay in homes that were due to end on a week, but would ease some restrictions early next week.

He said beaches and lakes could start welcoming the public on Monday for hunting and relaxation while unnecessary businesses could sell their products to motorists or by ordering.

“We are loosening the brakes on ‘non-core’ businesses,” Reeves said. “I wanted to announce that we can all mitigate and reopen today, but we cannot. We are still in the eye of the storm.

The United States reported more cases of coronavirus infection than any other country in the world, with a number of approximately 670,000 cases and at least 33,300 deaths.

Video of the Canton Police; A $ 5,000 reward for killing a one-year-old child