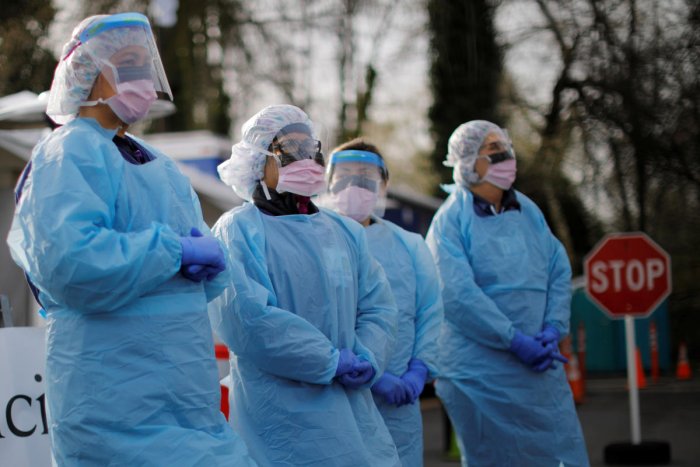 The death toll from coronavirus infection in the United States rose to more than 34,000 on Friday, while some states are expected to announce timetables for lifting restrictions aimed at curbing the epidemic.

There was some good news for the United States on Thursday, when the number of new deaths decreased after recording record increases in two days in a row. The deaths reached nearly 34,700 on Friday, an increase of nearly 1,400 deaths, but a number of states still have to report deaths.

The number of confirmed cases of coronavirus in the United States exceeded 680,000, after rising by nearly 33,000 on Thursday. The number of new cases registered increased for three days in a row, the highest number of cases since April 10, when it reached a record number of 35,715 new cases.

Injuries and deaths are uneven across the country, with densely populated areas like New York accounting for nearly half of all deaths in the United States.

Strict orders to stay at home in 42 states to combat the spread of the emerging virus led to company closings, disruptions to life and the economy, and some protesters began to take to the streets to demand that state governors reconsider restrictions.

A man dies after shooting in the Paddock Hills

Several people were injured in a shooting in Seattle