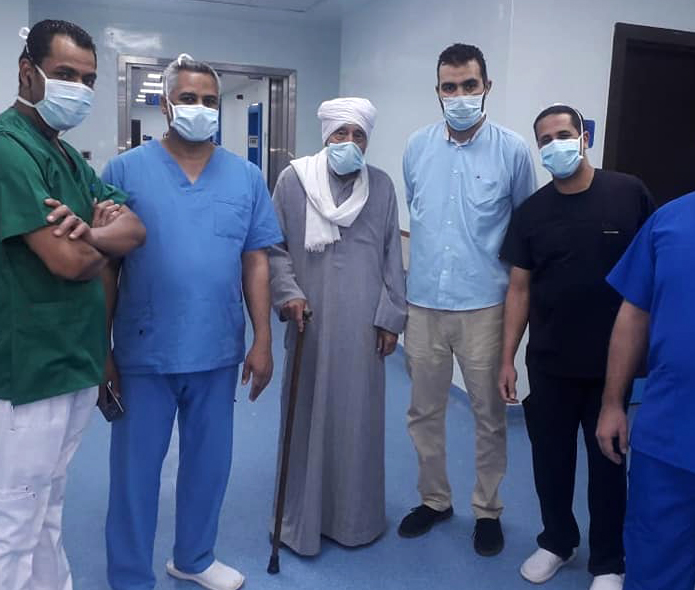 An Egyptian man, 90 years old, was able to defeat the Corona pandemic, recover from illness, and safely escape from the isolation hospital to his home amid the joy of the doctors and hospital staff .

After the doctors expected his death to deteriorate his health and his age, the Egyptian old man Abdel Moneim Abdullah, 90 years old, met them with his smile, saying death is in the hand of God alone and the Corona virus is just a reason

The Esna Hospital for Medical Insulation in Luxor Governorate, southern Egypt, has announced the recovery and recovery of the patient, who is 90 years old, and was working as a tourist guide in the tourist city of Luxor, which owns a third of the world’s monuments and returning to his home

The Egyptian elderly arrived at the hospital infected with the virus and his health condition is very deteriorating and he suffers from a very high blood pressure and a very high temperature, so the rays were conducted and confirmed with severe pneumonia and everyone in the hospital expected his death, due to his old age and old age.

However, he stressed that the medical team dealt with the condition as it deals with normal and normal cases infected with the virus and the team members had certainty that the condition is difficult and hopeless, but the patient recovered quickly without medical drugs or unusual medical intervention

US faith groups unite to help Afghanistan refugees after war