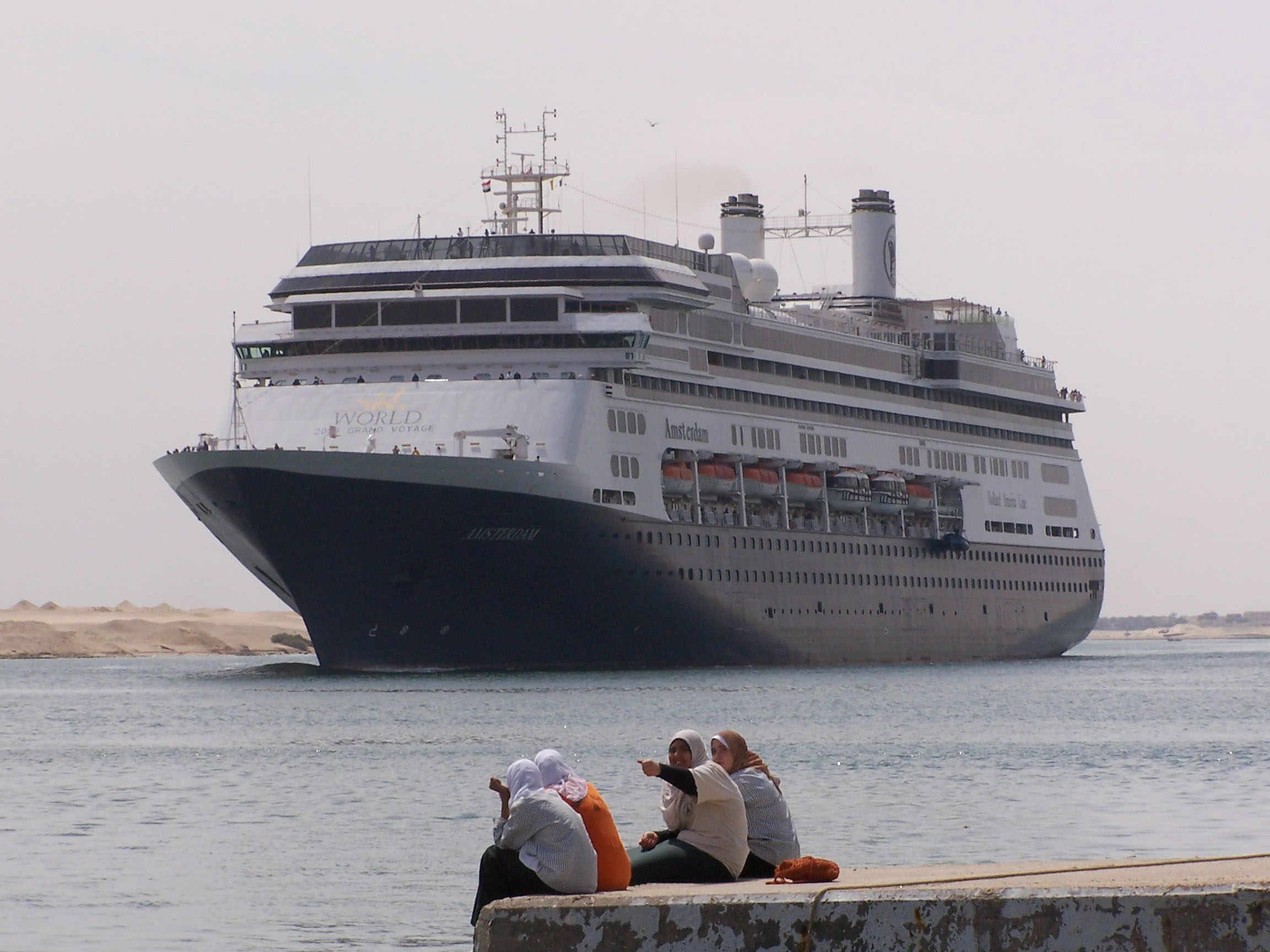 A cruise ship that was stuck at sea, due to the concern of a number of ports about the possibility of its passengers infected with the Corona virus, was allowed to finally dock in Cambodia, after five countries refused to receive it.

Another cruise ship is quarantined in Japan with more than 200 cases of coronavirus.

But the ship “Westerdam”, which carries more than 2000 people, has not recorded any infection with the virus so far.

Last Tuesday, the cruise ship attempted to dock in Bangkok, but did not obtain permission to do so.

A Thai navy ship escorted them out of the Gulf of Thailand, as they prepared to fly to Cambodia.

the ship finally arrived in the coastal city of Sihanoukville, where it was allowed to dock.

“This morning, seeing the Earth was a very exciting moment,” Angela Jones, one of the passengers from the United States, told Reuters. “I thought and said, ‘Is this true?'”

The ship, “Westerdam”, a subsidiary of the “Holland America Line”, based in the United States, left Hong Kong on February 1, carrying 1455 passengers, and 802 people are crew members.

The trip was to last for two weeks, and as those 14 days passed, there were concerns about running out of fuel and food supplies.

In addition to Thailand, the vessel was also refused reception by Taiwan, the Philippines, Japan and Guam Island.

“We went through many moments when we thought we were coming home, but our reception was refused,” Jones said.

The ship’s captain, Vincent Smit, said that the ship will stand at anchor outside the city of Sihanoukville, to allow the authorities to conduct medical examinations of passengers on board.

Passengers will then be able to leave the ship and return to their home countries from the country’s capital, Phnom Penh.

The US embassy in Cambodia said it had sent a team, to help its citizens plan their return trip.

The organization’s director general, Tedros Gebresos, said Cambodia’s decision “is an example of international solidarity, which we are constantly calling for.

Medical checks were regularly performed on all passengers on the ship Westerdam, and no cases have been reported so far.

Another ship named “Diamond Princess”, which has been isolated in quarantine at Yokohama Port in Japan, carries more than 200 confirmed cases of the virus, which makes it the largest gathering of people infected with coronavirus outside China.

Not all passengers on board have been examined, and the number of cases may continue to rise, after 44 other people were added to the list of people infected with the virus on the ship Thursday morning.

Another ship was held in quarantine for several days, off the coast of Hong Kong, because a former passenger on board was diagnosed with the virus. All passengers are now permitted to leave that ship.

‘I’m back’: Ex-con Blagojevich sues for right to run again