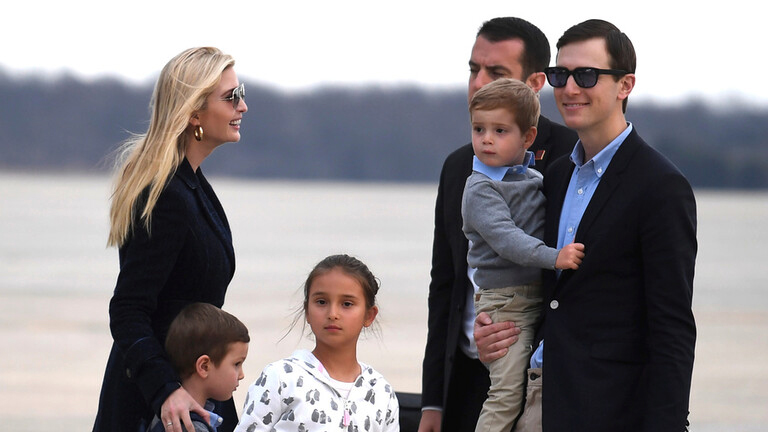 Ivanka Trump, the daughter and adviser of the American president, has traveled to New Jersey with her family for the Easter weekend, despite federal directives in Washington preventing travel within the framework of containing the outbreak of Corona.

Ivanka Trump, her husband Jared Kushner and their three children went from Washington, DC to Trump National Golf Club Bedminster in New Jersey, where they celebrated the first night of Easter together.

Kushner returned to Washington to work with the Trump administration to combat the Corona virus outbreak in the country, while Ivanka remained in New Jersey with her children.

Ivanka has participated in at least two phone calls made by her father, President Donald Trump, with business leaders who are consulting with them on how and when to open the country’s economy.

Ivanka and Jared Kushner’s travel came after the federal administration in Washington issued orders to stay home on April 1, and after many social media posts written by Ivanka, in which she encouraged Americans to follow federal guidelines on social estrangement and thanked the public for self-quarantining.

On March 12, the US capital, Washington, declared a state of emergency, after a high number of Coronavirus infections, and on April 1, federal authorities issued orders obliging residents to stay in their homes.