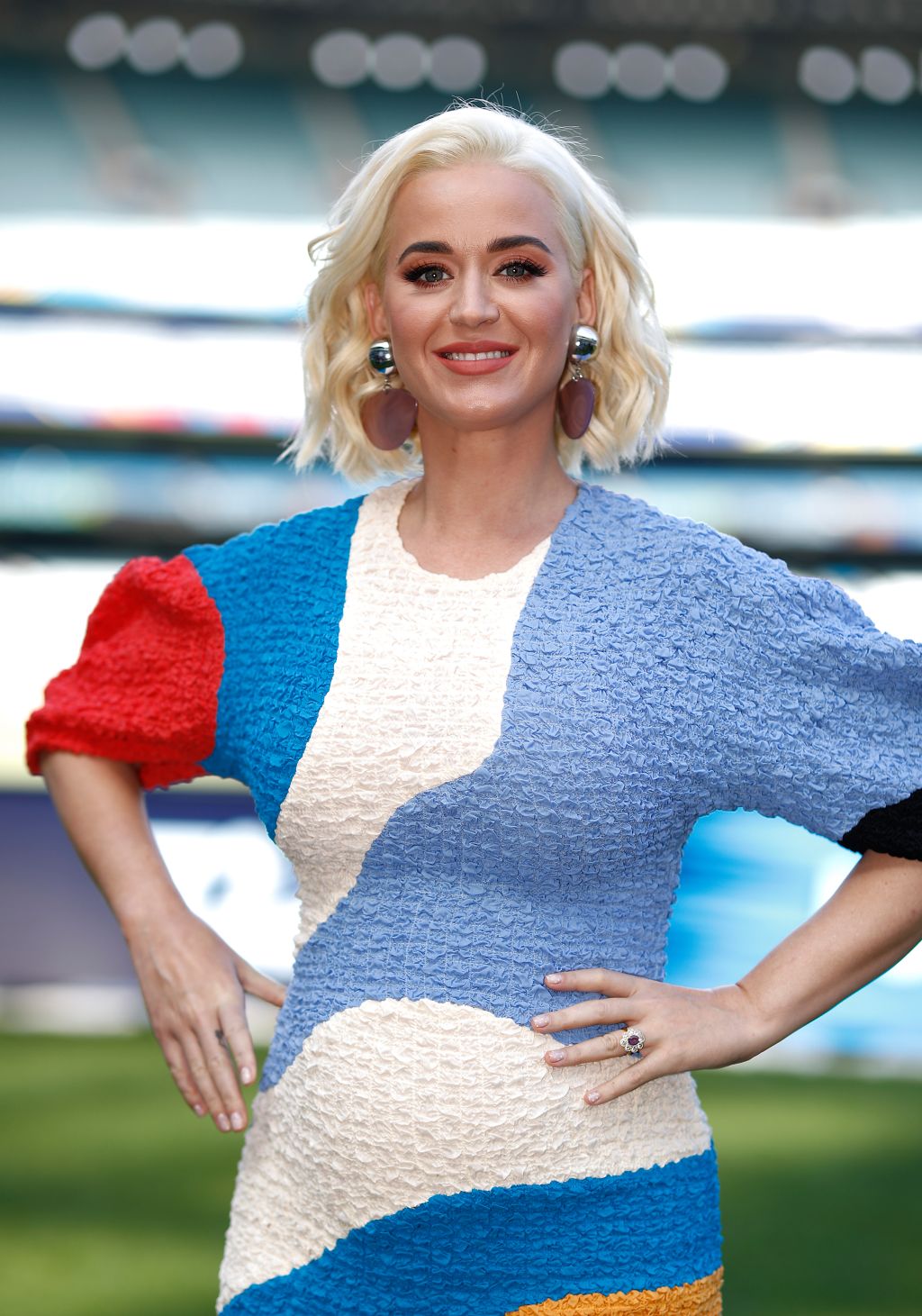 Pop queen Katy Perry is the cutest bunny this Easter – have you seen her post yet? The 35-year-old singer, who is expecting her first child with fiancé Orlando Bloom, shared a mirror selfie in a bunny costume to announce a Q and A session on Facebook. In the photo, the Firework singer is cute as a button (read bunny) as she poses in a pink and white bunny jumpsuit in front of a mirror.

the Roar singer trended a great deal for her gender reveal post. Katy Perry shared a photo of a cake-smeared face of dad-to-be actor Orlando Bloom, who can be seen smiling ear-to-ear in the photo. “It’s a girl,” wrote Katy Perry and added “Girls Run The World” as the location of her post.

Katy Perry’s pregnancy announcement surprised everyone last month as it came in the form of with a brand new music video titled Never Worn White, with rather suggestive lyrics. Her words – “Cause I’ve never worn white. But I want to get it right. Yeah, I really want to try with you” – appeared to be dedicated to Orlando Bloom. Later on Twitter, she confirmed her pregnancy by writing: “Omg! So glad I don’t have to suck it in anymore” and added: “Or carry around a big purse. LOL.” Orlando Bloom reacted a heart emoticon in the comments section on her Instagram post.

Katy Perry and Orlando Bloom had planned a summer wedding in Japan but looks like it has been rescheduled amid the coronavirus outbreak. The couple got engaged on Valentine’s Day last year.

Man Shoots Another, Barricades Self in Pinecrest Home Before Shooting Himself