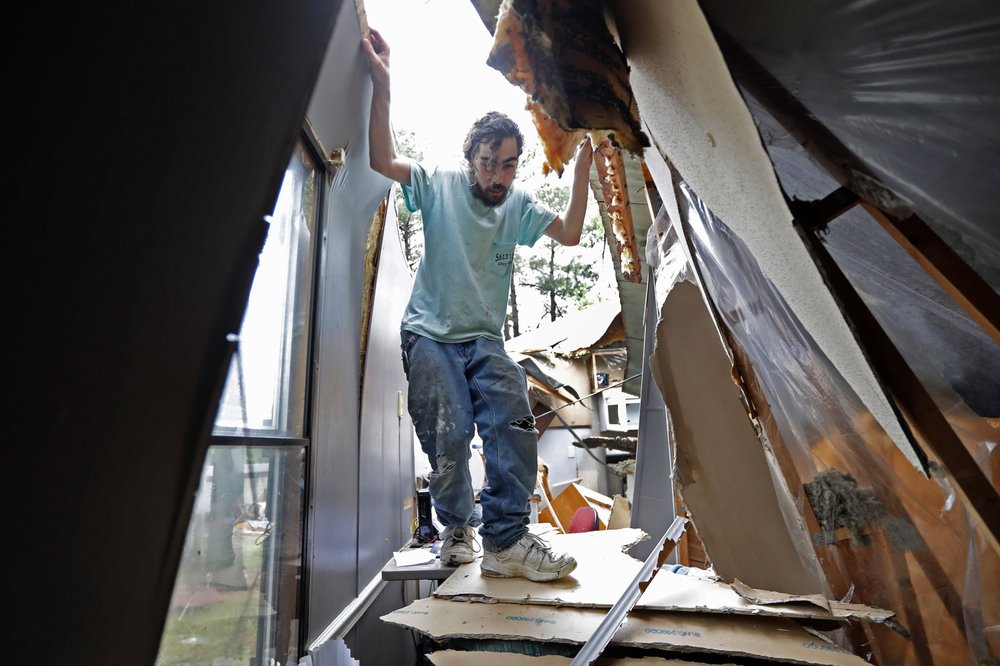 Severe weather has swept across the South, killing at least 20 people and damaging hundreds of homes from Louisiana into the Appalachian Mountains. Many people spent part of the night early Monday sheltering in basements, closets and bathroom tubs as sirens wailed to warn of possible tornadoes.

Eleven people were killed in Mississippi, and six more died in northwest Georgia. Three other bodies were pulled from damaged homes in Arkansas, South Carolina and North Carolina.

The storms blew onward through the night, causing flooding and mudslides in mountainous areas, and knocking out electricity for nearly 1.3 million customers in a path from Texas to Maine, according to power outages us.

Andrew Phillips crowded into a closet-sized “safe room” with his wife and two sons after watching an online Easter service because the pandemic forced their church to halt regular worship. Then, a twister struck, shredding their house, meat-processing business and vehicles in rural Moss, Mississippi. The room, built of sturdy cinder blocks, was the only thing on their property left standing.

I’m just going to let the insurance handle it and trust in the good Lord,” said Phillips.

The National Weather Service tallied hundreds of reports of trees down across the region, including many that punctured roofs and downed power lines. Meteorologists warned the Mid-Atlantic States to prepare for potential tornadoes, wind and hail on Monday. The storms knocked down trees across Pennsylvania, and an apparently strong tornado moved through southern South Carolina, leaving chaos in its wake.

Power lines are down trees are all over the place. It’s hard to get from one place to the other because the roads are blocked,” Hampton County Sheriff T.C. Smalls said.

A suspected twister lifted a house, mostly intact, and deposited it in the middle of a road in central Georgia. In Louisiana, winds ripped apart a metal airplane hangar.

Deaths were tallied in small numbers here and there, considering the storm front’s vast reach and intensity.

‘Traffic Impact Studies’ could get eliminated in Huntersville, worrying some residents

Milley defends calls to Chinese at end of Trump presidency