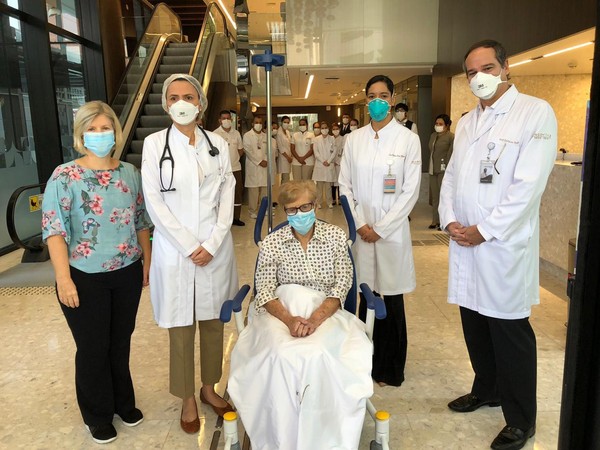 When Brazilian Gina D. Colleto, 97 years old received a symptomatic treatment of the Corona virus in hospital on April 1

Few people thought she would survive the deadly virus.

Nevertheless, Dal Colleto stepped out of her wheelchair from the Vila Nova Star Hospital in Sao Paulo, amid applause from doctors and nurses on Sunday, becoming the largest known patient to survive Covid-19 in Brazil, the most affected country in Latin America.

Her unexpected recovery was a glimmer of hope in Brazil, whose disease has exposed its poor health system and sparked intense political debate about the best way to stem the spread of the virus and halt the economy’s decline.

Brain-eating amoeba: Where are infections most common, and who is at risk?