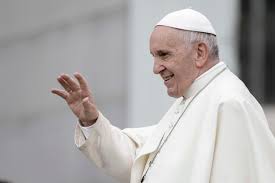 Pope Francis Pope Vatican called for global solidarity in the battle against the Corona virus epidemic and its economic repercussions. He also urged the easing of international sanctions and debt on the shoulders of poor countries and a ceasefire in all conflicts.

The Pope warned the European Union that it was at risk of collapse unless it agreed on ways to help the region recover.

And the Pope delivered his message (to the city and the world) on the occasion of the Resurrection from St. Peter’s Basilica, which was devoid of worshipers, who used to crowd thousands in its square. This word has been by far the most touching on political issues since the Pope’s election in 2013.

The Pope said that the contagion of hope should be the lesson learned from the resurrection of isolation this year and praised the doctors, nurses and others who risk their lives to save others and praised those practicing their work to ensure the continuation of the necessary services.

In his speech, the Pope added, “Now is no time for indifference because the entire world suffers and needs unity in the face of the epidemic.” The Pope devoted almost all of his speech to talking about the effects of the epidemic on personal and international relations.

“Apathy, selfishness, discord, and negligence are words that we do not want to hear at this time, he said.

We want to erase these words forever

Francis expressed sympathy for those who could not say goodbye to loved ones because of the restrictions, the Catholics who were not able to practice their rituals as they should, and all those wary of fearful of a mysterious future.

“The lives of millions changed suddenly during these weeks, he said.

He added that the time has come for politicians and governments to strip themselves of “selfishness” and take decisive and coordinated moves to help people weather the crisis and ultimately resume normal life.

“May international sanctions be eased because it makes it difficult for the countries where sanctions were imposed to provide adequate support to their citizens, he said.

He also called for debt relief and forgiveness of the poorest countries without mentioning them by name.

The Pope expressed particular concern for the future of Europe, saying that it is important that the rivalry that existed before the Second World War not gain momentum again as a result of the epidemic.

The positions of the European Union countries differ regarding ways to help the continent’s economy recover, as Italy and other members of the Euro zone are seeking to issue Eurobonds that everyone can support, but Germany, the Netherlands and other countries are against this.

“At present, the European Union faces a historic challenge that will depend not only on its future, but also on the future of the entire world, he said.

The Pope thus expressed the position of Italian Prime Minister Giuseppe Conte, whose country is one of the countries most affected by Covid-19 disease caused by the Corona virus.

The Pope renewed the call for a ceasefire throughout the world and condemned the manufacture of weapons and said that the epidemic should urge leaders to put an end to long-running wars such as the war in Syria.

He also appealed for assistance to migrants and others suffering from conflict.

Authorities find body in Wyoming believed to be Gabrielle Petito who went missing on...

A pregnant mother and her unborn child die after a woman cuts her baby...