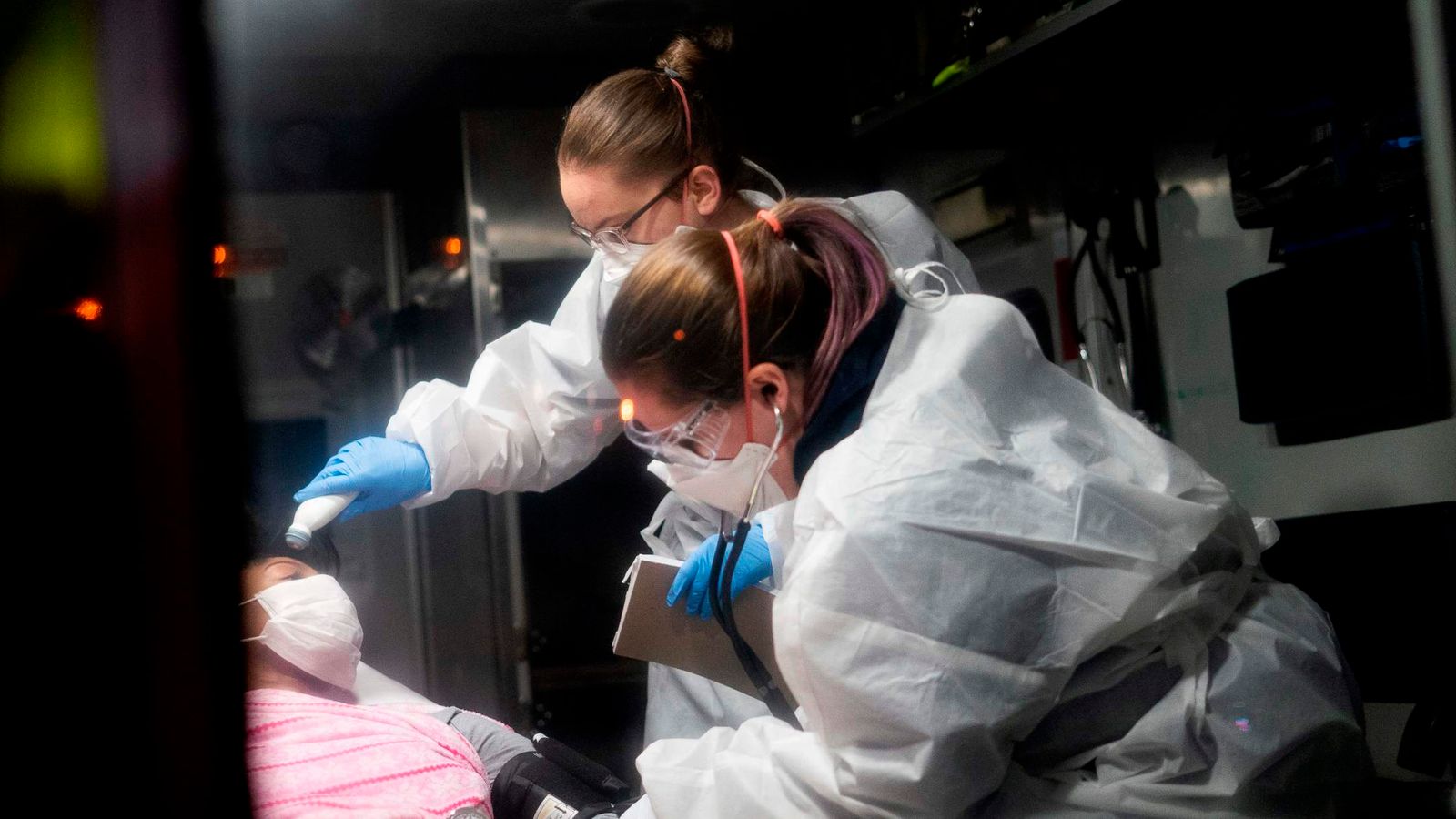 Americans spent under general isolation measures, with the death toll of the new Corona Virus deaths 21,300 and the number of confirmed infections more than half a million during the Easter holiday.

In the latest sign of the turmoil caused by the disease, one of the country’s largest pork factories closed its doors after workers were infected with the virus, and its owner warned that the country was heading “dangerously to the edge” in grocery supplies.

It is impossible to maintain the supply of groceries with their needs if our factories stop,” Ken Sullivan, CEO of Smithfield Foods, said in a statement

While most countries are subject to restraint restrictions to combat the spread of the disease, many have turned to church services via the Internet to revive the Christian holy day.

The United States recorded the highest death toll from Covid-19 disease caused by infection with the Coronavirus, compared to the rest of the world. Over the past four days, deaths amounted to about 2,000 cases per day, with the largest number in and around New York City.

As death toll rises, President Donald Trump has discussed when the country may start returning to normalcy.

The extensive restrictions on unnecessary movement that have been imposed in the past few weeks in 42 states have had a profound impact on the economy and questions have been raised about the timeliness of continued business closings and travel bans.

The number of Americans who have applied for unemployment benefits during the past three weeks has exceeded 16 million.

The Food and Drug Administration Commissioner Stephen Han said on Sunday that the Trump administration regards May 1 as a target date to ease restrictions on staying at home across the United States, but cautioned that it was too early to say if this goal would be achieved.

“We see the light at the end of the dark tunnel,” he said in an interview with ABC television, noting that public safety and the interests of US citizens are first. These decisions must be motivated. ”

Most states have issued clear orders to citizens to remain at home with no major gatherings banned, but in some states legal battles have broken out over whether the Easter Mass should be excluded from these orders.

On Sunday, the Kansas Supreme Court upheld an executive order banning more than 10 people from gathering at religious events or funerals. The decision, which is a victory for state governor Laura Kelly from the Democratic Party, followed a bid by a Republican-dominated legislature to overturn the decision.

Some religious leaders plan to challenge the general ban imposed due to the outbreak of the Coronavirus, saying their right to worship is more important than warnings.

Justice Department spokeswoman Kerry Kopak wrote on Twitter on Saturday that US Attorney General William Barr will monitor the organization of religious services.

“Since adopting social divergence policies is the appropriate procedure during this emergency, it should be applied to everyone and not to the exclusion of religious bodies,” she wrote. “Expect the Ministry of Justice to take action next week she added.

Over the past few days, US public health experts and some state governors have indicated signs that the country has begun to see a shift in fighting an outbreak.

He is cautiously optimistic, said Doctor Anthony Fuchi, the leading expert on infectious disease control in the United States, referring to New York and its surroundings.

Although the highest daily death toll was recorded in the city last week, the indicators show a decline in the numbers of hospitalized people, those in need of intensive care and critical patients who need nutrition and ventilators to survive.

“After we get past this juncture, we hope to see a very significant retreat, and then we can start thinking about how we can continue in this way and prevent (the number of injuries) from rising again.