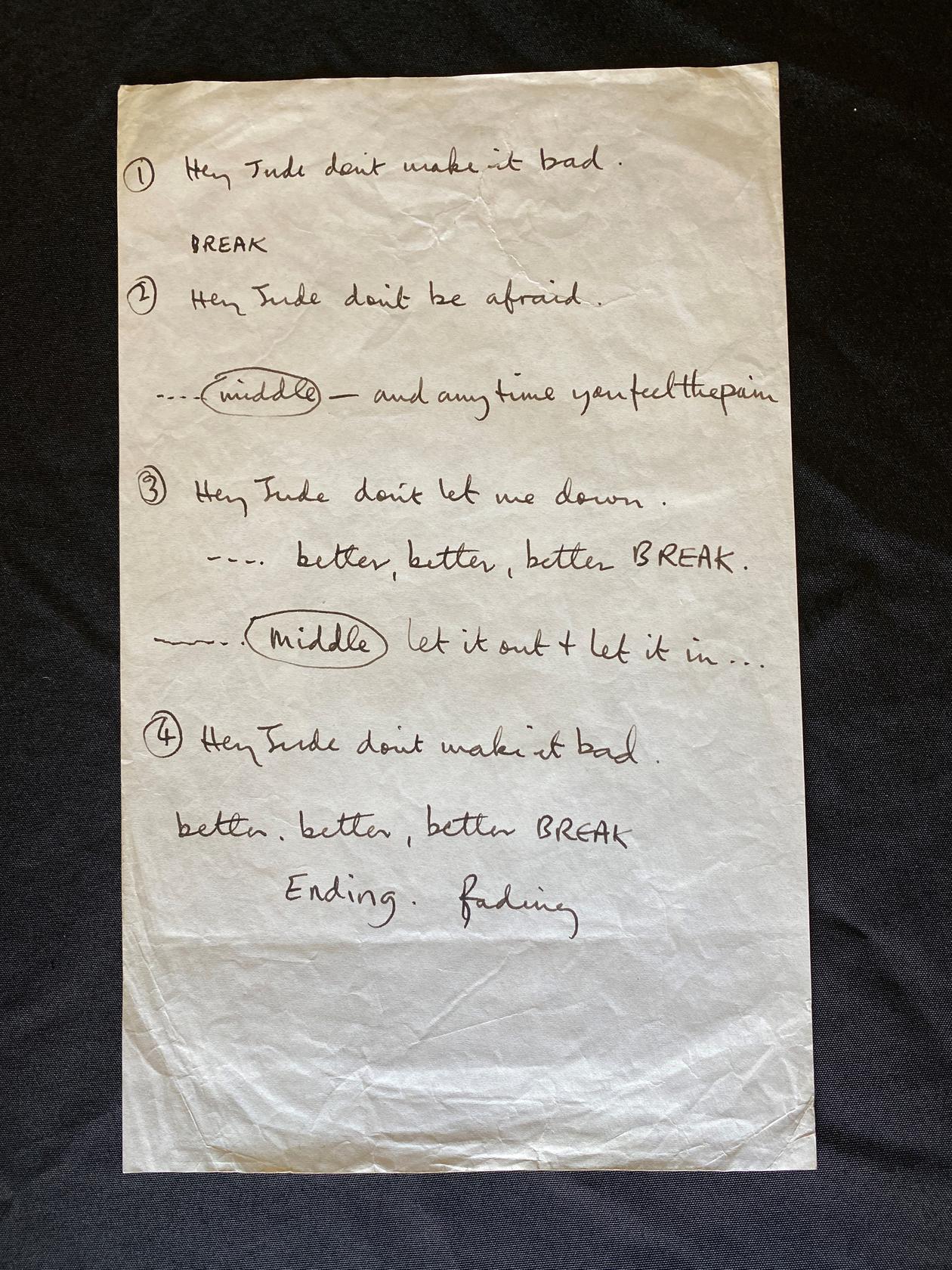 A copy of the words of the Beatles song, which was a great success, written by artist Paul McCarthy, was sold for $ 910,000 or nine times the original value that was estimated at Julian’s Auction House.

An old large drum with the Beatles logo used by the English band during their first tour in North America in 1964 was sold for $ 200,000.

This vocabulary was among more than 250 Beatles memorabilia that were displayed at an online auction held by Julian’s House on the 50th anniversary of the band’s separation.

A drawing of John Lennon and his wife, Yoko Ono, called Bagis, a term he invented to ridicule stereotypes, for $ 93750,000, while an ashtray used by drummer Ringo Star in recording studios in Abbey Road, London, sold for $ 32,500.

The death of a newborn child after being left in a hot car “for...