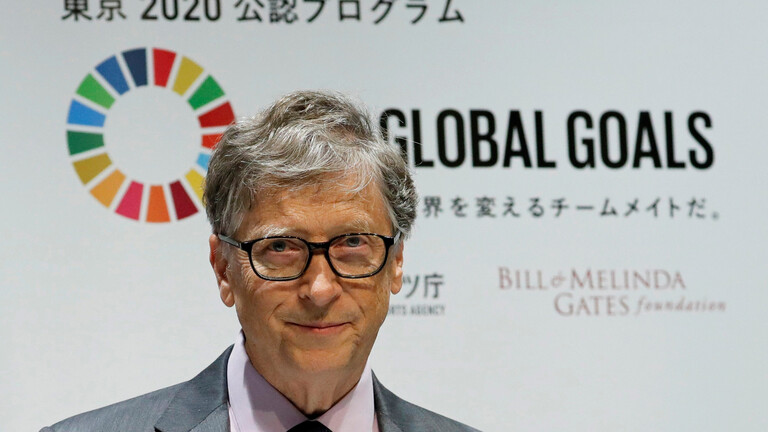 American billionaire Bill Gates revealed his expectations about the future of the situation of the outbreak of the Corona virus “Covid-19” in the world, and the time required to contain the crisis resulting from it in the United States.

This came in an interview with the American CNBC channel with Gates, who predicted five years ago that a new virus would emerge that could kill 10 million people in the world.

The founder of “Microsoft” company said that the Americans will probably not be completely safe before the fall of 2021, explaining that this time is required according to some expectations to develop a vaccine against infection and start a large-scale vaccination with it.

Gates stressed the need to diversify Corona tests in the United States, and it is expected that new methods will be unveiled to treat people living with the virus within the next 3-6 months.

Gates, whose organization is working to develop a vaccine against Corona, stressed that this matter is of the utmost importance, explaining that the risk of a rebound in the virus outbreak in American societies will remain in place until then in the event that citizens do not strictly adhere to the measures of social separation.

Gates suggested that most social and economic activities in the United States would resume within the next few months, but with some safeguards in place, expressing his conviction that the best health and economic option lies in closing the majority of institutions in the field of finance and business and suspending most social activities over a period of three months.

In response to a question about what he means by “returning to normal life in the post-Corona period”, he explained that the American authorities should benefit from the experience of other affected countries, particularly China, as a good example, pointing out that people in the affected areas of Corona there have returned to work. But while maintaining a series of precautionary measures such as wearing masks and measuring temperatures, as well as the continued ban on popular sports gatherings.

As for the future of the global outbreak of corona, Gates expressed his fear that most of the deaths caused by the virus will not occur in the United States and Europe but rather in the developing countries where the pandemic has not yet reached its climax, explaining that these countries, unlike Western countries, cannot re-allocate 10-20%. From its GDP to fighting the virus.

A man was killed in an officer shooting at Tony Firehouse Grill and Pizza...