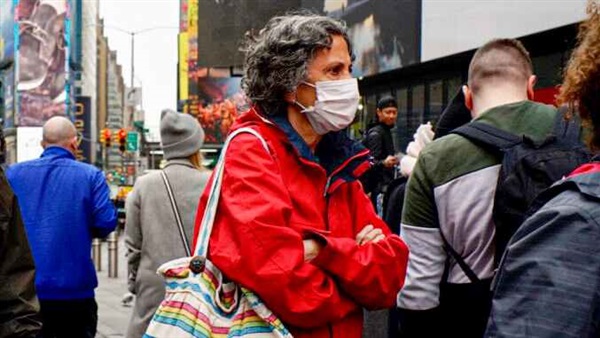 The number of new cases of coronavirus detected so far in the United States has risen to over 500000 during the Easter holiday, while the number of deaths has exceeded 20,000

President Donald Trump has said that the decision to date to return safely to work in the country will be the biggest decision he will have to make.

Public health experts have warned that the number of disease deaths could reach 200,000 in the United States during the summer if the unprecedented measures to combat the disease, which included the closure of most businesses and most Americans stay in their homes, are lifted after only 30 days after their imposition.

Trump, who is seeking re-election, said in a vote in November that he wants life back to normal as soon as possible and that severe restrictions on movement to contain the spread of the disease have a price tag on the economy and public health.

“I will have to make a decision, and I hope to God that the right decision is the biggest decision I have to make, he told reporters

Trump added that the facts will determine the next step. When asked about the criteria he would use to reach the decision, he pointed to his forehead and said the criteria here are my criteria

The current federal guidelines apply until April 30th, then the president will have to decide whether to extend them or start encouraging people to return to work and more naturally for daily life.

Trump said that in the coming days he will unveil a new advisory board that will include some state governors and focus on the process of re-operating the US economy.

And imposed home stay orders imposed across 42 states in the past weeks have huge implications for the US economy and economists expected that the number of those who lost their jobs will reach 20 million by the end of this month, raising questions about the possibility of continuing the closure of business and restrictions on movement and travel.

But new data from the US government shows that the number of new injuries will rise during the summer if orders to stay at home are raised after only 30 days, according to expectations confirmed by an official at the Department of Homeland Security.

One dead after shooting in the province of Escambia

Is it safe to get the COVID-19 and flu vaccine at the same time?

Pentagon to require COVID shot for all troops by Sept. 15