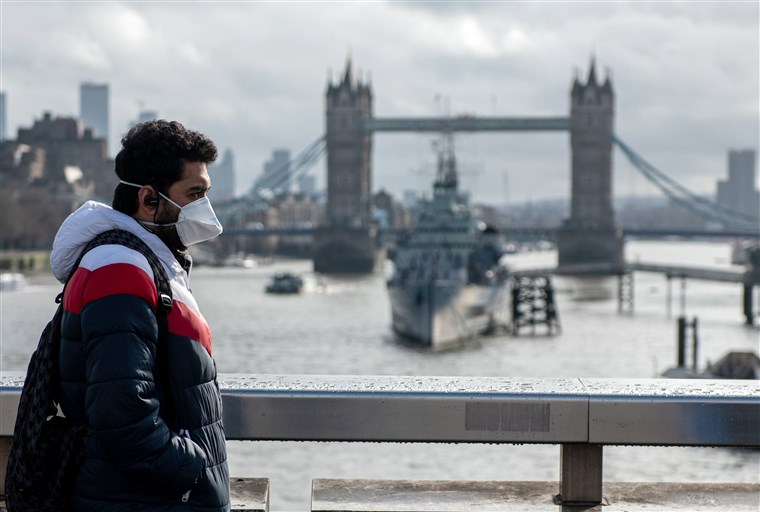 The number of Covid-19 deaths in Britain is close to ten thousand after health officials announced the death of 917 others in hospitals, while the Home Secretary said that Prime Minister Boris Johnson will need time to recover from his serious illness with the virus.

Britain’s death toll from the virus rose to 9,875, the world’s fifth-highest number of deaths. And the number of dead people per day exceeds 900.

Britain is now approaching 80,000 cases, including the Prime Minister.

Johnson is in early stages of recovery now that he has spent three nights in intensive care.

A British government spokesman said the prime minister was continuing to make very good progress, but Home Secretary Priti Patel said it was necessary to take time for him to fully recover.

Secretary of State Dominic Rapp is performing Johnson’s duties on his behalf.

The primary focus of the government in recent days has been on trying to ensure that the British remain in their homes and obeying orders to ban public gatherings, especially on a sunny weekend at Easter.

Police said that few people ignored orders and preliminary data showed that police officers in England and Wales had issued immediate fines of 1084 so far for those who violated the restrictions.

The police had these powers on March 26, with the start of general isolation procedures.

The government is facing increasing pressure to disclose the duration of restrictions on movement, as public isolation measures have hampered the ability of many companies to operate.

Ministers said Britain should weather the peak of the virus outbreak before changing procedures, while Health Minister Matt Hancock said that although the rate of cases being transferred to hospitals had begun to stabilize, this was not sufficient proof of confidence that the country had overlooked the worst