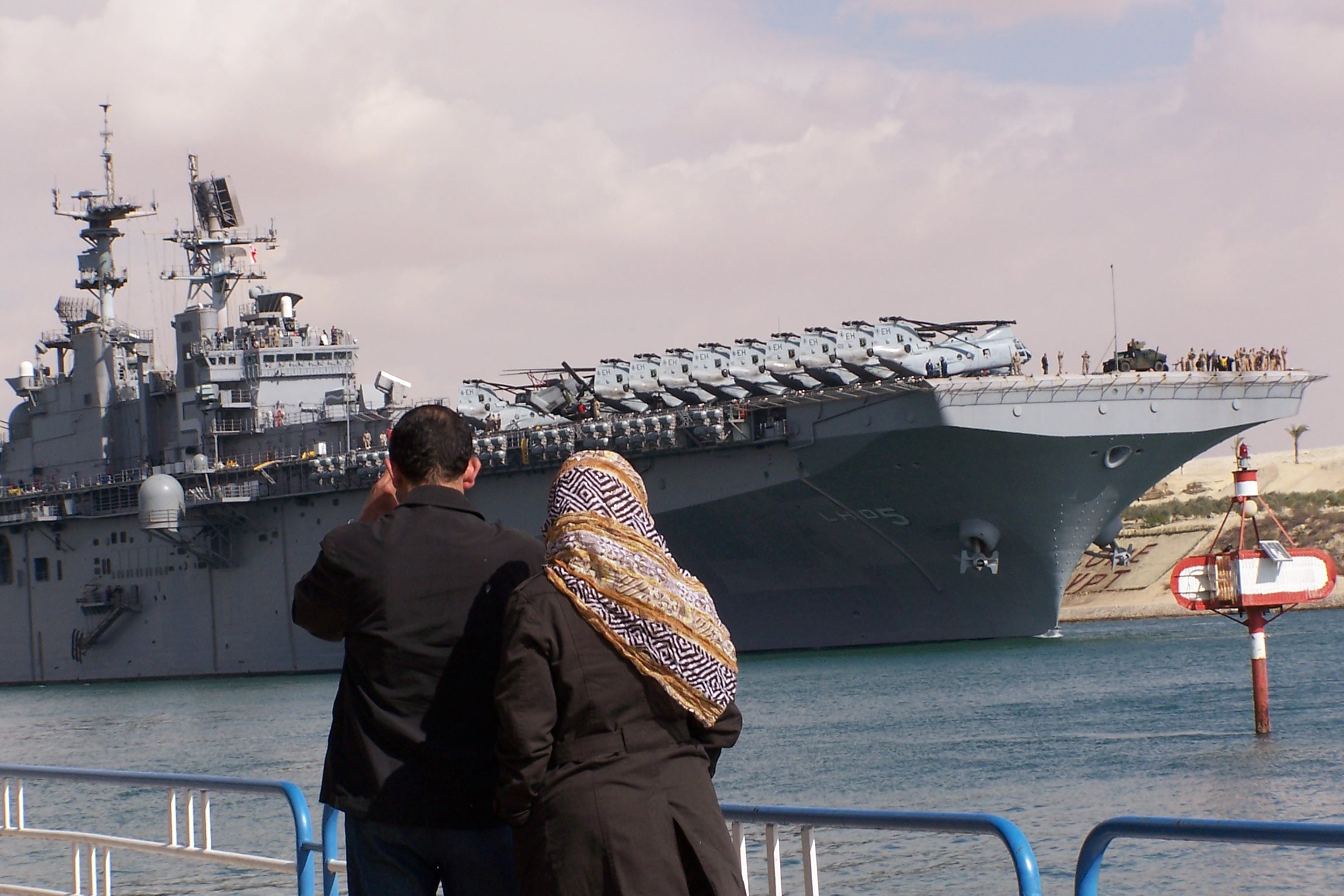 The operations, which are designed to enhance the capabilities of U.S. forces to respond to surface threats, have involved Puller performing as a landing base platform for the Apaches, while Cyclone class Patrol Coastal (PC) ships select simulated targets for them to engage. The guided-missile destroyer USS Paul Hamilton (DDG 60) also participated in the joint operations.

“The integration of U.S. Army air weapons teams with other joint fires into the maritime environment greatly enhances our ability to expand reconnaissance and attack capability,” said Capt. Peter Mirisola, Commander, Destroyer Squadron (DESRON) 50/Commander, Combined Task Force (CTF) 55. “The Apaches, in coordination with our surface ships, allow us to hold an adversary at high risk at extended ranges. Combined with other joint fires, these aircraft significantly increase the precision lethality of our joint maritime forces

The Apache AH-64E is a twin-engine, four bladed, multi-mission attack helicopter designed as a highly stable aerial weapons-delivery platform. It is capable of destroying an array of mobile armored targets on land and sea using a 30mm automatic gun, aerial rockets and AGM-114 Hellfire missiles

Similar integration operations with Special Operations assets were conducted in the Arabian Gulf between U.S. naval forces and MH-6M Little Bird helicopters during Operation Earnest Will from 1987 to 1988.

“Working with USARCENT forces represents another key capability in our ongoing integration of naval and air assets across our joint and coalition force to ensure maritime superiority,” said Vice Adm. Jim Malloy, commander, USNAVCENT/U.S. 5th Fleet. “This kind of cross-domain integration allows us to maintain highly lethal and effective defensive capabilities, regardless of what platforms are operating in theater.

DESRON 50/CTF 55 conducts maritime security operations in support of regional security and stability. Its responsibilities include planning and executing a robust regional engagement program with coalition forces from regional partners and allied navies who operate and deploy to the Arabian Gulf.

The U.S. 5th Fleet area of operations encompasses about 2.5 million square miles of water area and includes the Arabian Gulf, Arabian Sea, Gulf of Oman, Red Sea and parts of the Indian Ocean. The expanse is comprised of 20 countries and includes three critical choke points at the Strait of Hormuz, the Suez Canal and the Bab el-Mandeb Strait at the southern tip of Yemen.

Plane with 21 on board crashes near Houston

30 people only wearing underwear were found rescued in a human trafficking bust in...