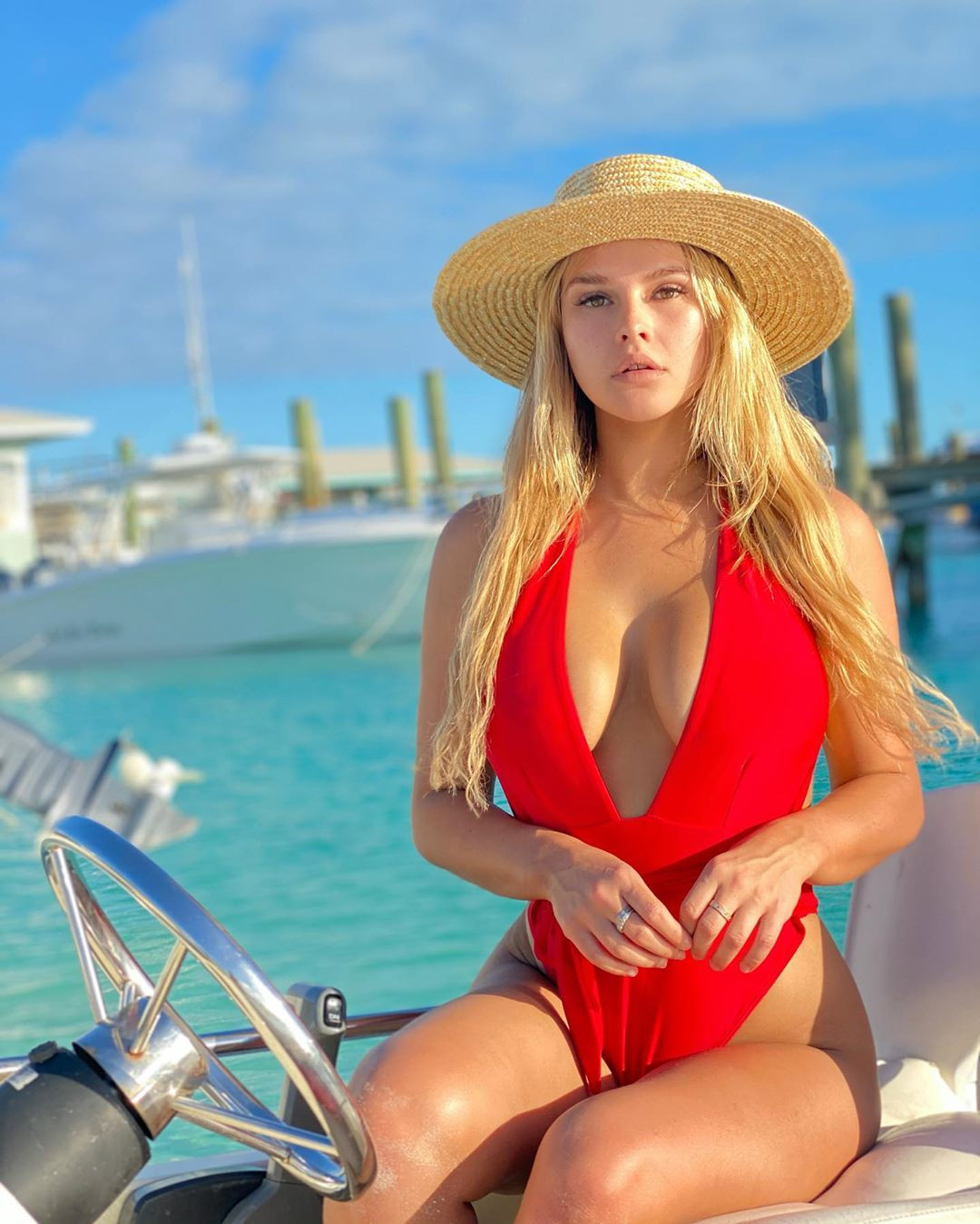 Kinsey wolanski The popular fashion model and model of American ads chose to stay in the Bahamas, in the Caribbean, due to the outbreak of the Corona virus worldwide, especially the United States of America, where the number of infected people so far reached 100,000, including about a thousand and 500 infected in the state of Miami alone.

And published on its pages on social media, which has a number of followers of nearly 3 million and 700 thousand fans, pictures of which are enjoying the sunbath with her friend

The photos that were published on her Instagram and Facebook accounts have attracted the admiration of millions of people who followed her who said that this is a positive thing that gives us happiness amid the number of negative events and sad news that we are going through.

She had caught the attention of the whole world after her descent to the stadium in the Champions League final last summer while she was wearing swimsuits and running among Liverpool players, led by Mohamed Salah

14 crumbling bridges to be rebuilt in Maine

A mother of 5 children shot dead after the children found a gun in...