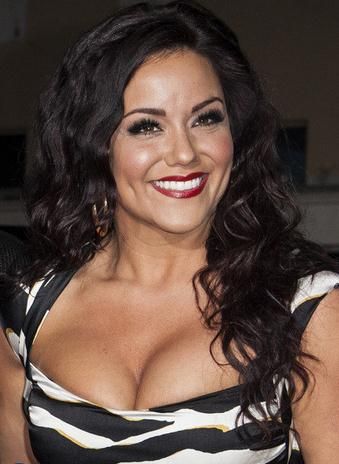 Kimberleigh Marie Zolciak-Biermann (born May 19, 1978) is an American television personality and singer. In 2008, she rose to prominence as one of the original housewives that appeared on the reality television series The Real Housewives of Atlanta aired on Bravo.

Kim Zolciak was born in Pensacola, Florida, to a military family, and grew up in Windsor Locks, Connecticut.[3] Her parents are Joseph and Karen, and she has a brother named Michael.[4] She is of Polish and Italian descent and was raised Roman Catholic

From 2010 to 2016, Mixon starred as Victoria Flynn, sister to Melissa McCarthy‘s character, on the CBS sitcom Mike & Molly. She had dramatic parts in films Take Shelter (2011), Drive Angry (2011), and Hell or High Water (2016), and did voice over work in Minions (2015). In 2016, Mixon began starring as the lead character Katie Otto in the ABC comedy series American Housewife.

Anne Stringfield is an American writer and former staffer for ‘The New Yorker’ magazine who is better known as the second wife of veteran actor and comedian Steve Martin. She was an editor and fact-checker for the publication when she met her future husband in the mid-2000s.

Leati Joseph “Joe” Anoaʻi (born May 25, 1985)[4][7] is an American professional wrestler, actor, and former professional gridiron football player. He is part of the Anoaʻi family[6] and is currently signed to WWE as a member of the SmackDown brand under the ring name Roman Reigns.

Emmitt James Smith III (born May 15, 1969) is an American former professional football player who was a running back for fifteen seasons in the National Football League (NFL) during the 1990s and 2000s, primarily with the Dallas Cowboys. A three-time Super Bowl champion with the Cowboys, he is the league’s all-time leading rusher.

BREAKING: Charlotte man gets life for grisly murder of Uber driver in 2017