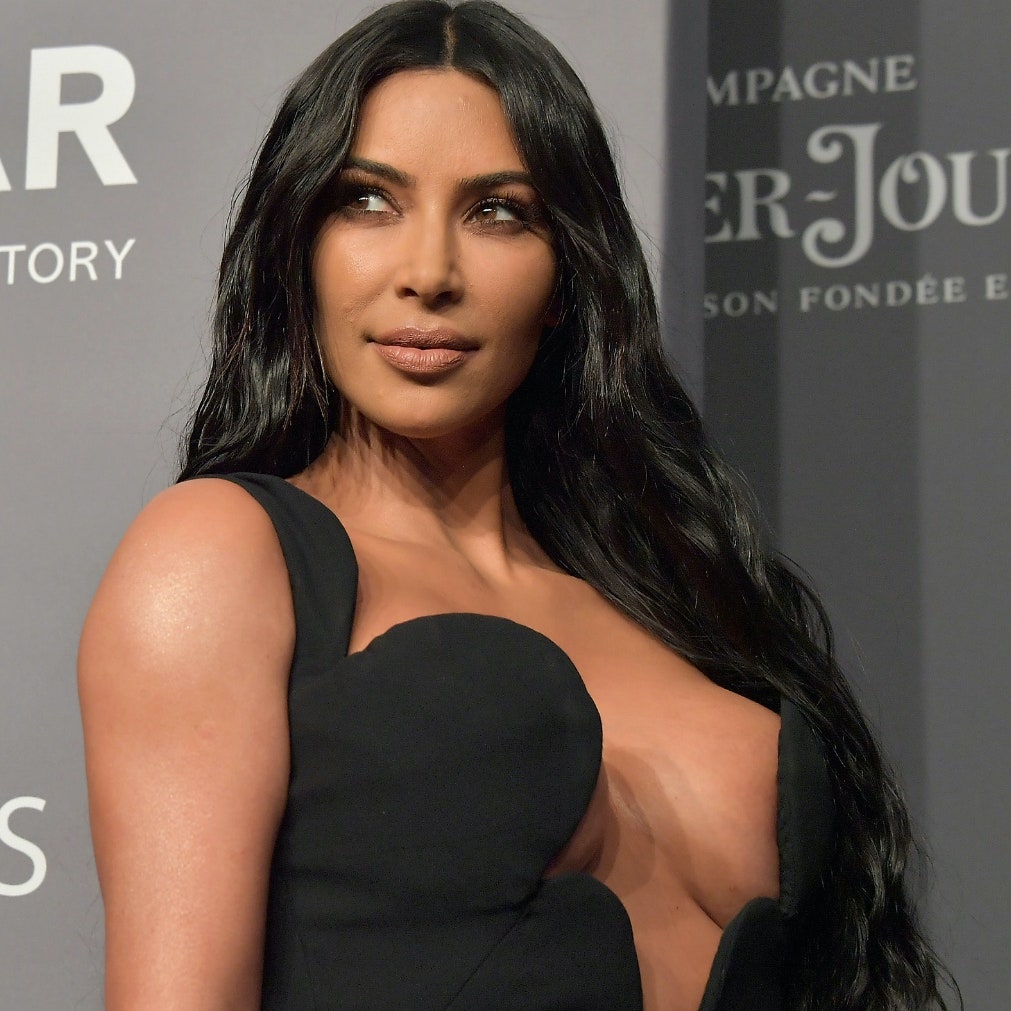 Kimberly Noel Kardashian West (born October 21, 1980) is an American media personality, businesswoman, socialite, model and actress. West first gained media attention as a friend and stylist of Paris Hilton but received wider notice after releasing a 2002 sex tape, Kim Kardashian, Superstar, with her then-boyfriend Ray J in 2007. Later that year, she and her family began to appear in the E! reality television series Keeping Up with the Kardashians. Its success soon led to the creation of spin-offs including Kourtney and Kim Take New York and Kourtney and Kim Take Miami.In recent years, West has developed an online and social media presence, including hundreds of millions of followers

Kimberleigh Marie Zolciak-Biermann (born May 19, 1978) in Pensacola is an American television personality and singer. In 2008, she rose to prominence as one of the original housewives that appeared on the reality television series The Real Housewives of Atlanta aired on Bravo. Zolciak-Biermann left The Real Housewives of Atlanta in 2012 during the fifth season of the series. Earlier that year, she received her own spin-off show titled Don’t Be Tardy for the Wedding, which focused on the preparation of her wedding to football player Kroy Biermann. The series was subsequently renewed for a second season with a shortened title, Don’t Be Tardy. The fourth season of the show premiered on August 16

Kimberly Lynne Bacon (born January 1, 1970) is an American former professional wrestling personality. Known by her World Championship Wrestling ring name Kimberly Page, she was the leader of The Nitro Girls and the valet for her then-husband wrestler Diamond Dallas Page. She appeared in Playboy newsstand pictorials from 1994 to 1999, and has been featured in Iron Man magazine for her fitness workouts

Kimila Ann Basinger (born December 8, 1953) is an American actress, singer and former fashion model. Following a successful modeling career in New York during the 1970s, Basinger moved to Los Angeles where she began her acting career on television in 1976. She starred in several made-for-television films, including a remake of From Here to Eternity (1979), before making her feature debut in the drama Hard Country (1981). Hailed as a sex symbol of the 1980s and 1990s, Basinger came to prominence for her performance of Bond girl Domino Petachi in Never Say Never Again (1983). She subsequently garnered acclaim and a Golden Globe Award nomination for her role in The Natural (1984).

Marilyn Pauline “Kim” Novak (born February 13, 1933) is a retired American film and television actress. Novak began her film career in 1954 after signing with Columbia Pictures, starring in numerous movies, including Picnic (1955). She later starred in The Man with the Golden Arm (1955) and Pal Joey (1957). She is widely known for her performance as Madeline Elster/Judy Barton in Alfred Hitchcock’s thriller Vertigo (1958) with James Stewart. Novak enjoyed box-office success and starred opposite several prominent leading men of the era, including Fred MacMurray, William Holden, Frank Sinatra, Tyrone Power, Kirk Douglas, and Laurence Harvey. Although still only in her mid-30s,.

Florida police officer shoots pit bull that ran toward her

US allows extra COVID vaccine doses for some. Now what?