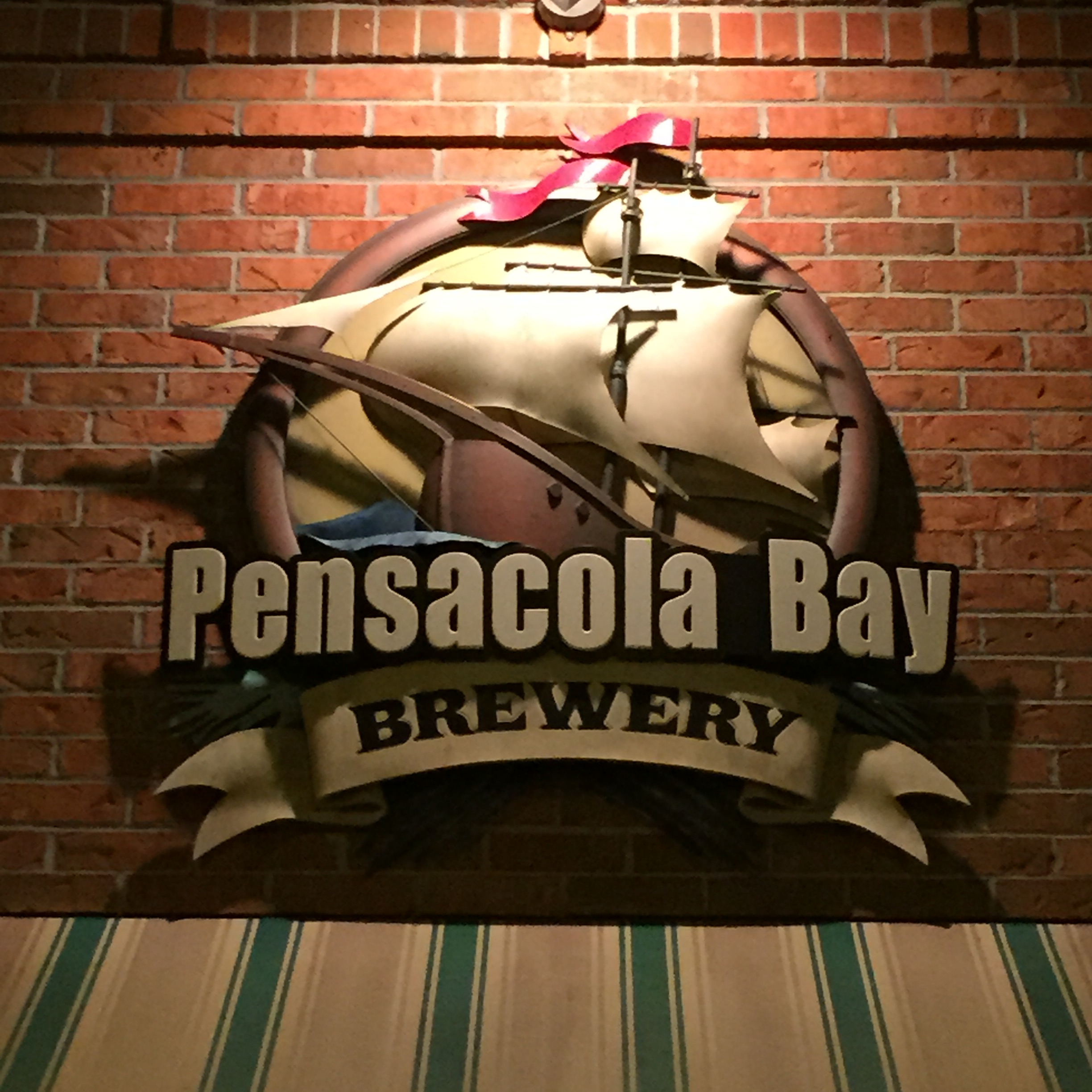 I have lived in Pensacola all my life. I turned 21 two years ago and I go to downtown Pensacola frequently.

It can sometimes get boring and repetitive going to the same places every weekend and seeing the same people. A little over a year ago I heard Pensacola was going to open a brewery in the downtown historic district. I was looking forward to something unique and different. Since it has opened, it has become one of favorite places to go and is usually my first stop to start my night.

On November 19, 2011, Pensacola Bay Brewery (PBB) celebrated their one year anniversary. Due to their location in the Pensacola Historical District, PBB is not allowed to serve just alcohol. Instead they sell pint glasses and give you the beer for free. They have a flight of all their beers on tap that you can sample taste if you purchase one of their mugs. The flight lists the names of the beers underneath the glass so that you know which beer you are tasting. You can also take home your favorite beer by purchasing a growler or a bomber. The growler is a one gallon jug and the bomber is 32 ounce bottle.

Currently PBB has nine beers on tap, eight of which they brew in their facility. The different beers include an Indian Pale Ale (IPA), amber, a porter, extra pale ale, wheat, an extra special bitter (ESB), and brown ale. They also have a vanilla pumpkin porter which is a seasonal beer they brewed for Halloween. The other beer on tap is Gordon Biersch Czech pils. Gordon Biersch Czech is the only beer they do not brew. Each beer is uniquely named after the history and culture of Pensacola.

Sawgrass Wheat, Riptide Amber, and Lighthouse Porter are just a few examples. My personal favorite is no longer available, but it is a mixture of the 1845 Pilsner and the Pensacola Bay’s ESB. It is called the “Triple E,” named after one of the owners who created it. When the pilsner is not available I prefer either the amber or the IPA. The PBB also makes their own root beer and cream soda for those who are not in the mood for beer.

When you walk into the taproom of the brewery you will notice what I like most about the place, the atmosphere. There is a nautical theme present with barrels used as tables, hops hanging from the ceiling, and the taps sitting behind the bar.

They play a good selection of music that is not too loud and there is always a good crowd occupying the place. The bartenders are very nice and sociable. They are very knowledgeable about their product and can give you insight of what you are drinking. Tours of the brewery are available upon request.

The word has spread very quickly about PBB. Several restaurants and bars downtown and around the Pensacola area are serving at least one type of beer from the brewery. My friend was in Tallahassee about six months ago and sent me a text saying he just ordered the Riptide Amber at a restaurant. He followed it up by saying how crazy it was how fast they had expanded in such a short amount of time. It did not take long for them to expand their brewing capacity either.

Approximately eight months after they opened they were already installing two big tanks in the back to brew more beer! According to the owner they do have plans in the future to expand even more to include their own bottling line and canning line.

The corporate jet takes off from the runway at Montgomery Airport