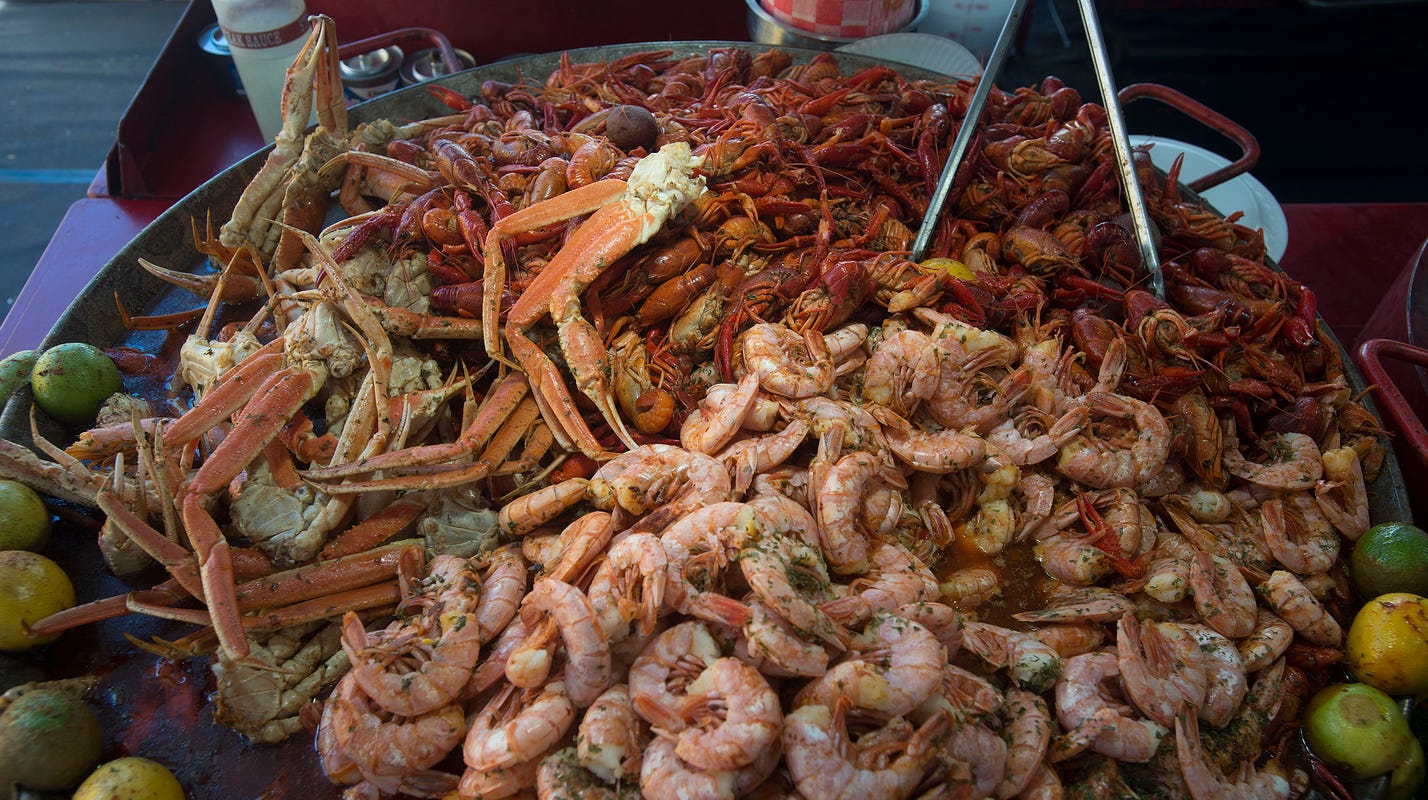 Not everyone has the chance to catch their own shrimp. I caught mine by mistake but I kept them anyway. My son and I were fishing on the old Pensacola Bay Fishing Bridge at Pensacola, Florida. When the old concrete bridge that crossed the bay was replaced by a new and modern structure three miles long, the city made the old one into a recreational fishing bridge.

I understand that one of the hurricanes of the past few years did her in and there’s nothing left now. It’s sad because “the bridge” was my favorite night fishing spot of the area, as it was for hundreds if not thousands of other fishermen.

Almost any warm evening, especially in summer, fishermen of both sexes would be lined up on the railing of the bridge with their lines cast as far out into Pensacola Bay as possible. Every once in a while someone’s rod would jerk; the angler would pull back and set the hook; then pull in everything from mullet to flounder. Just about any fish was possible from that bridge.

Each time I fished at the bridge, there was a festive mood with all that were fishing. Entire families were there as well as the lone fishermen huddle over a cup of coffee late in the evening. Fishing rods were lined up like soldiers against the concrete railing. Everyone had his very own lawn chair, blankets or sleeping bag. Charcoal grills were set up and the aroma of hamburgers would be swept along by the ocean breeze from one end of the structure to the other. From time to time someone would come by selling bait or cold drinks. It was as if every night was a holiday! Frankly, I never caught many fish from that old bridge, but I had a lot of fun trying.

One particular evening in early July around midnight, we’d gotten bored with the lack of activity from our rods and reels, so we cut up one of the smaller fish into two pieces to be used for bait. We’d brought along two crab traps, so we baited them with the fish and lowered them over the side of the bridge until they touched bottom. Then we let nature take its course. It was time to catch some Blue Crabs for dinner the next evening!

A half hour later we pulled up one of the traps to see if we had any crabs. There wasn’t even one! There were however five large shrimp in the basket. We lost one when it fell out of the trap on the way up to the top of the bridge. We scooped the other four up and put them in our bait bucket for later use.

The second trap changed our minds about using the shrimp for bait when we pulled it up. We had an even dozen large shrimp in this basket. That settled it; we had to keep fishing for shrimp until we had enough for a meal! There were very few small shrimp in the baskets; most of them were large or jumbo; just the kind to cook on a charcoal grill!

The next couple of hauls were very poor, only one shrimp between the two baskets. We checked our bait and dropped the traps into the water about 15 feet below. While we were waiting for the shrimp to come to the traps, we continued to fish with our rods and reels. My son and I each caught a nice flounder. By the time we put them in the cooler; it was time to check the crab traps again.

This time there were about twenty each in our baskets. After seeing that we were catching shrimp, folks up and down the bridge had dug out their crab traps and were having good success also! I have no idea why the shrimp were so plentiful under that bridge that night. I’ve caught a lot of crabs there but that was the only time the shrimp were that plentiful. We lost a lot of shrimp due to them falling out of the basket as we hauled them up, but we finished the night with about 8 pounds of shrimp!

Folks have told me that the city is going to build another fishing structure to replace the old bridge in Pensacola. I hope they do, but it won’t be the same. I know you can’t live in the past but if I could, I would stake my claim on a spot about two hundred yards from the southern shore on that old bay bridge and throw out my traps

A young woman is shot dead near Edmonds Market